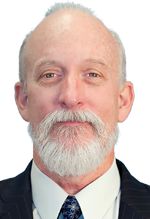 David Hawes is the Executive Director of the East Aldine Management District, serving in this position since the creation of the District. He specializes in the creation, management, and administration of special purpose districts and zones. He develops project plans and project financing plans to aid stakeholders in reaching community development objectives.

Prior to his service with the District he was Finance and Administration Revenue and Research Manager for the City of Houston from 1991 to 1995 where he served as chief economist and member of the City of Houston Bond Financing Team. From 1985 to 1991 he served as the Chief Executive Officer for TCARE, Inc where he was responsible for state-wide nonprofit corporation providing residential treatment services to Level V and VI adolescents. He was responsible for management of the corporation’s treatment programs in three facilities across Texas, developing organizational, financial, and program strategic plans to support corporate mission. He negotiated and administered all contracts dealing with procurement, employee health care, workers compensation, and supplies and services. He supervised management and health professionals (120 staff) to ensure effective delivery of adolescent residential treatment services. From 1979 to 1985 he served as the Assistant Commissioner, Office of Finance & Data Management for the Texas Dept. Human Services. He was responsible to the Deputy Commissioner of Programs, Commissioner, and TDHS Board for providing strategic planning, financial analysis, and recommendations concerning budget policy and management decisions. Provided management and supervision of three major divisions (130 staff) including Programs Budget Division, Data and Technical Support Division, and Economic Analysis Division. In this capacity, he served as the state finance director for the third largest Medicaid program in the U.S. 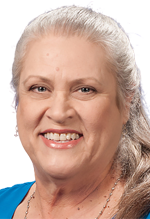 Working closely with the executive director and staff, Ms. Hill oversees the total array of the District’s administrative support services, including board development, human resource management, records and record-keeping, financial management, risk management, compliance with applicable laws, policies, and procedures, including the Texas Open Meetings and Records Acts, Public Funds Investment and Collateral Acts, Texas Nonprofit Corporation Act, and others. She is responsible for providing expert advice and support for the District’s community Development, nominating, and governance committees.

In addition, Ms. Hill brings expertise in creating and managing non-profit organizations and in community capacity-building acquired through her 35 years of experience as a professional community organizer and a volunteer in service to neighborhoods. She has developed and presented training programs for leaders of neighborhood-based organizations, taught community empowerment courses to municipal employees in Texas and Nevada, served as facilitator for strategic planning and organization building efforts, and spoken to grassroots organizations on a variety of topics. She served as an instructor for the Volunteer Management Certificate Program produced by the Houston Association of Volunteer Administrators.

Ms. Hill holds a bachelor of arts degree in music and a master’s of businesses administration in organizational behavior and management from the University of Houston. She is a senior partner in the consulting firm of Hawes Hill & Associates, LLP. The Texas House of Representatives recognized her for her civic involvement in 1993, and the Houston mayor awarded her the 1995 Outstanding Volunteer Service Award, also for civic involvement.

She is honored to have carried the Olympic Torch in 1996 as it moved through Houston toward its destination in Atlanta for the 26th Olympic Games. She serves as treasurer and member of the board and executive committee of the Bayou Preservation Association. She is also a member of the Society for Human Resource Management and an associate member of Texas Municipal League. 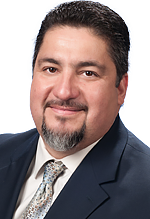 With deep ties to the people, businesses, institutions and government agencies in the East Aldine community, Richard ensures that the District is meeting the needs of, and getting input from, the public that the District serves. He joined the district in 2008 as director of services.

He has more than 28 years of experience as a public servant, having worked in management and executive level positions at the City of Houston (Parks and Recreation Department & Mayor’s Office), as director of the Houston Mayor’s Citizens’ Assistance Office and at BakerRipley. At the mayor’s office, Richard played an instrumental role in mobilizing critical resources during the response and aftermath of Tropical Storm Allison.

Richard serves as a Harris County School Trustee (elected county-wide in November 2018), as well as on the boards of the Aldine Education Foundation (past-president), the Greens Bayou Coalition, the North Harris County Education Alliance (co-chair), Harris County Flood Control Task Force, and the Lone Star College Foundation. He is a graduate of Leadership North Houston, and the Citizens Police Academy of the Houston Police Department and the Harris County Sheriff’s Office.

He is past president of the Hawthorne Place Civic Club and served as precinct chairman/election judge for over 20 years. 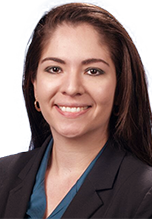 Veronica joined the district as the Assistant Director of Services in September of 2015. She has been a resident of Aldine for 29 years and is an alumni of MacArthur Senior High School. Veronica graduated from Lone Star College – North Harris with an Associates of Arts Degree, and then went on to earn a Bachelor’s Degree in Criminal Justice from Sam Houston State University.

Veronica served as the Administrative Assistant for the Office of Emergency Management at Lone Star College for six years and attained certification under TEEX, Homeland Security, and National Incident Management System. She is also a certified CERT, Community Emergency Response Team, member.

Veronica assists the executive director with the day to day operations of the district. 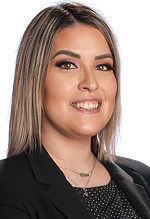 Nataly joined the district in October 2018. She has been a resident of the High Meadows South neighborhood in Aldine for 33 years and is an alumni of MacArthur Senior High School. She received her medical assistant certification from Texas School of Business.

She is a former board member for the North Houston American Little League.

Nataly’ assists the operations manager and executive director with the day to day operations of the district. 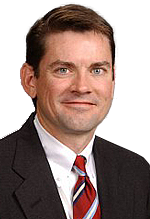 Scott Bean has been on the East Aldine District team for more than 15 years as the Director of Infrastructure and Construction. Scott also works on the development of project and assessment plans, tax revenue forecasts, and incentives for the creation of tax increment reinvestment zones and public improvement districts.

Prior to joining the East Aldine team, Scott worked as the Harris County Public Infrastructure Department Program Manager where he administered their Storm Water Quality management program with regard to new construction and subdivision development in unincorporated Harris County. He also led a team that was responsible for the review and approval of construction plans, required permits, and inspection and enforcement of urban stormwater runoff regulations and permanent stormwater quality features. Provided guidance on stormwater policy at the local and regional level through workshops and forums.

Scott has also worked at the Houston-Galveston Area Council of Governments (H-GAC) as a Senior Environmental Planner and with the City of Houston as a Supervisor in the Department of Public Works & Engineering. Scott has worked extensively with consulting engineers, developers, and home builders on water and wastewater infrastructure and capacity needs for new development proposals and negotiated contracts with municipal utility districts and neighboring cities for service in City of Houston wastewater treatment plants. Scott is also experienced in utility investigations for proposals to abandon or relocate city rights-of-way and utility easements to facilitate new development.

Scott holds a Master of Arts in Public Administration and Bachelor of Science in Political Science from the University of Houston. 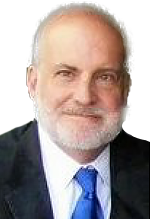 Alan Bernstein leads the communication of the East Aldine Management District’s goals, accomplishments, activities and public service announcements directly to the public – through its website, e-mail list, social media accounts, videos, photos and news releases – as well as to local news media and elected officials.
He began his communications career as a daily newspaper reporter and editor, including 29 years at the Houston Chronicle. He was communications director for Sheriff Adrian Garcia 2009-2015, Precinct 1 Constable Alan Rosen 2015-2017 and Mayor Sylvester Turner 2017-2020.
He earned a bachelor of science degree in journalism from Northwestern University in Evanston, IL.
Accountability
Town Center
Report an Issue
Report Graffiti
District Demographics