The Aldine Scholarship Foundation (ASF) awarded 88 scholarships, its most ever, to Aldine ISD seniors during a ceremony held in their honor at Lone Star College-North Harris on May 22. The scholarships will allow the Aldine ISD students to continue their academic careers.

Since its inception in 1991, ASF has awarded 932 scholarships to deserving Aldine ISD students. 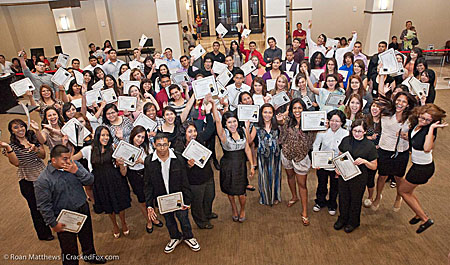 ASF is a non-profit organization consisting of business people, educators and members of Aldine ISD and Lone Star College-North Harris. Donations collected and invested are placed in certificates of investment with the principle remaining perpetually untouched. All investment proceeds are used to pay college tuition for AISD graduates to attend any school in the Lone Star College system.