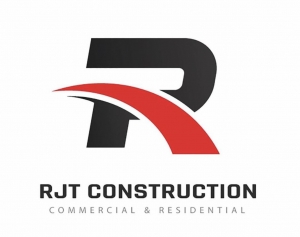 If you speak with Roman Torres, founder of RJT Construction, you won’t hear the story of one man. You’ll hear a story steeped in respect for the community behind the success of his thriving business. “Aldine’s hands built Houston,” says Torres. “We have the most talented builders in the city,” he says, without hesitation.

“Most big projects around Houston have the stamp of Aldine in the construction,” says Joseph Green, Director at RJT in charge of business development. “All the developers who have built up Houston hire my neighbors,” laughs Torres. “The people who built Houston’s only 5-Diamond hotel, The Post Oak Hotel, are the same people we use for our projects – these are our guys.”

Torres was born, raised, and has remained in Aldine. “I came from nothing, growing up,” he says. After attending MacArthur High School and Carver High School, “I graduated, and started off as a roofer doing insurance claims,” he recalls. “I was getting business by knocking on doors one at a time.” Doors began opening for Torres, and opportunity followed, leading Torres to become an entrepreneur. 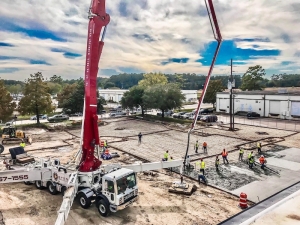 Ten years later, you can’t throw a rock without hitting a project that Torres has led. “See that roof over there,” he says, pointing to a uniquely shaped, almost artistic construction. “We did that. A lot of people wouldn’t have done such a difficult project, but we did it.”

Building both experience and his reputation in the community, Torres landed a milestone project with George Bush Airport. “We were in charge of the construction of the airport’s Project Management Office, a $20 million, 50,000 square foot building,” he says. “The concrete work, internal sheetrock, flooring — everything was ours.” And by “ours” he refers to the RJT Construction Crew, comprised of roughly 50 Aldine contractors Torres assembled for this massive project. 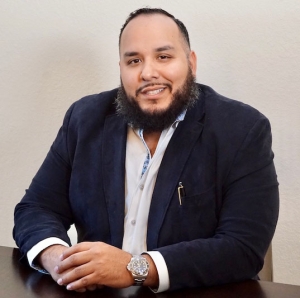 Torres has a mission to provide job opportunities for the people of Aldine by drawing on the connections that he has made throughout his years of living and working in the area. “All of our contractors and staff come from Aldine,” says Green. “We recently started planning and working on a training facility to build the skills in the community, and give them the opportunities to work with us,” says Torres. “And if they go on to start their own companies, that’s even better.”

The preliminary purpose of the new training facility is to prepare workers for a specific job that RJT has been contracted to complete nationwide. RJT has won a major contract for the installation of storm shelters around the country. RJT will continue to give these jobs to Aldine workers who are willing to travel.

Once established, RJT plans to grow the scope of the training facility, with ideas in the works such as mentorships, and partnerships with the Baker-Ripley Center and Lonestar College. “We’re a local business and want to be involved. We want to do more cooperative work in the community,” says Torres.

Torres made the decision to utilize the talent of Aldine for projects nationwide not simply out of a desire to give back to his community, but because he has witnessed their high quality credentials. “We hire technically qualified individuals, who are the best at what they do,” says Green.

This high standard permeates through all parts of RJT, through the entirety of each project. “We don’t take shortcuts to make extra money. We don’t cut corners. We never short-change our clients. If you do, something will go wrong. We make sure to ensure quality work,” says Torres. “We’ve walked away from bids that are too low. That’s why our business is growing,” Green adds.

RJT now has two divisions: the residential side, and the commercial side. The residential division handles insurance claims and provides assistance with flooding, fire, wind or hail damages. “We’re on a list of preferred companies with many insurance agencies,” notes Green. Torres points out that RJT is able to do house-builds as well; Torres actually built his own house from the ground up.

“It was my first house-build, so it took me longer than a usual project, about 6 months,” says Torres. “We’re proud of how quickly we consistently complete projects for our clients.”

Their commercial division builds the facilities RJT has become known for around Houston. RJT’s client portfolio is comprised of top-tier companies including Amazon, U-haul and Microsoft as well as SMEs such as Filhoops, CE Engineers and Midtown Motor Trends.

Part of the assistance that the commercial division provides to small businesses wanting a first building includes guiding the business owner in the process of getting a loan, all the way through the erection of the building. “We help them end to end, and position them to succeed. We oversee the whole process,” says Green.

From top-notch concrete work, a fundamental part of any build, to tilt-walls, and everything from the ground up, RJT puts together the resources to do a first-class job. “If clients look at our track record, and inspect the work we’ve done, they’ll want us to be their primary builder running the show,” says Torres confidently.

At RJT Construction, Torres not only has the support of the community, but from his close family as well. His sister directs the residential program, while his father supervises construction projects. His mother recently retired from a long career in Aldine ISD. “As a child, my parents have always kept me focused and on the right path. I’m grateful for the way everything happened. I don’t take it for granted,” says Torres.

“2020 is going to be a year of amazing growth, and I’m excited about that,” says Torres. “The more contracts I win, the more work and opportunities will be available.” When asked what he loves about owning his own business, Torres says, “Your business is your canvas; you can paint it the way you want it.” And RJT is painting a masterpiece in Aldine.