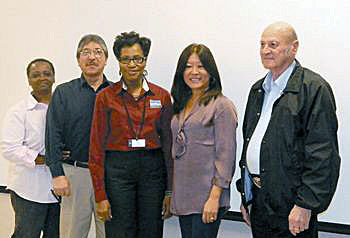 NORTHEAST– The East Aldine District board held their annual budget workshop on January 27th, planning the projects for the coming year.

The workshop was led by executive director David Hawes, with assistance from the staff of Hawes Hill Calderon.

The District will have additional monies to spend this year, with sales tax collections increasing to an estimated $3.8 million. Last year they were $3.4 million. This money is directed to projects in the 10 Year Service Plan, which may now require an update from the 2001 version. Much of the budget each year goes for Public Safety and water and sewer projects, both of which are basic to Economic Development in the district.

In addition, the district uses seed money to leverage other entities to build improvements. For instance, a total of $8 million has been brought into the district for street and water projects. None of this was local tax revenue, according to Hawes.

A thorough revue of the district’s budget and goals will be presented in an upcoming issue of the Northeast News.