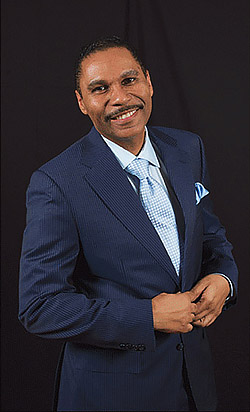 Back in the 1970s, Houston’s northside was the home to one of America, and the world’s finest youth music ensembles: the bluesyfunk jazzy and swingin’ Kashmere Stage Band, based out of Kashmere High School and directed by legendary music man and esteemed educator Conrad O. “Prof” Johnson. Before Prof passed away at 92 years of age in 2008, he’d lived to see the Stage Band win national competitions, release eight records, and star in Thunder Soul, a feature-length, award-winning documentary narrated by Jamie Foxx.

The Houston area’s lush and fertile soil never ceases to nurture music legends, and just as Johnson’s life in music was winding down, that of his spiritual successor, Jose Antonio Diaz, was continuing to rev up. Now fast-approaching his 35th year as director of bands at Aldine MacArthur High School, Diaz, who is both Grammy-nominated as an educator and a LULAC Teacher of the Year, has not only maintained the Generals’ ensemble five-star ranking for decades and send many a kid off to college with both a scholarship and a plan, but has also found nearly countless other ways to foster and develop youthful musical talent in Aldine and beyond.

First, there is Soulsa Caliente, the pan-Latin youth jazz orchestra he leads and directs from his Diaz Music Institute. Over the years, Diaz has been the one constant in Caliente, whose gig-list includes festival dates from Houston’s biggest stages to Oregon and Chicago and becoming the first youth band to win a Houston Press Music Award as the city’s Best Latin Band. As for its alumni, three have won Grammys and percussionist Marcie Chapa toured with Beyonce in the superstar diva’s all-female band. Chapa has since gone on to lay down grooves for both BET’s Black Girls Rock awards show and Latin pop/Contemporary Christian singer and actress Jaci Velazquez.  And earlier this year, singer-guitarist Jabari Johnson, another Diaz-trained Caliente alumnus, was named Best New Artist at the Stellar Gospel Music Awards in Las Vegas.

Clearly, Diaz teaches his students more than just how to play Latin jazz. But what better music is there to use as a springboard? It comes from so many sources, as Diaz points out. “Every single Latin culture has a hand in the development of Latin jazz,” Diaz points out. “And Mexico was really strong in its development. Perez Prado loved hiring Mexican brass players, because they were accustomed to playing the really high trumpet parts he loved. He lived there for many years.”

It’s also complex and demanding — a firm grounding in Latin jazz offers young musicians a chance to expand into any corner of the music universe. And beyond: Jazz trumpeter Felix DeLeon Jr., who studied under Diaz at MacArthur and at the Institute, says that lessons learned on the bandstand carry over into all aspects of life. “I’ve met doctors and lawyers, successful people in other industries that were all in a band program or played some kind of instrument. And every one of them has said how important it is, and how much smarter a lot of these kids are if they learn how to multitask at such a young age, how to just approach things differently.”

Jose Antonio Diaz aspires not just to make youngsters into musicians, he also tries to mold boys and girls into successful young men and women. It’s not enough, he says, to teach them to “read both music and contracts,” he says. He also wants to teach them how to navigate life out there in that different world beyond their childhood homes.

As Grammy-winning jazz flautist Nestor Torres puts it: “What is the Diaz Music Institute? To me, it’s hope. It’s vision. It’s opening the way for young people to learn how to be themselves through music, specifically through salsa and Latin and Caribbean music.”