The “Who” Behind East Aldine’s Green, Clean Reputation

The “Who” Behind East Aldine’s Green, Clean Reputation

If you’ve ever wondered who performs the indispensable everyday task of keeping the East Aldine District green and clean, your answer is their devoted “right of way” (ROW) maintenance crews. From mowing, to trash pickup, to clearing illegal dump sites and removing bandit signs, ROW crews work tirelessly to keep up the appearance of East Aldine. “I’m proud of the work we do to clean up and maintain the right of way through our district,” says Richard Cantu, the district’s Deputy Executive Director. 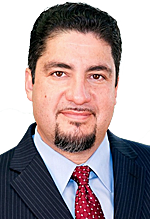 But what does “right of way” refer to? Cantu explains that these zones are “anything between telephone poles from one side of the street to the other, outside of private land. This includes medians, sidewalks, and ditches.” Maintenance and beautification of these commercial and public easements is not something that would be done on a regular basis if not for the East Aldine District making this a priority. Already this year, more than 1,065 miles have been mowed within the district by ROW crews.

Being outside of Houston city limits puts East Aldine’s maintenance under the responsibility of the county, who cannot come out more than about five times per year. “If it wasn’t for our own crews and the work they do, the grass would grow 3-4 feet tall,” says Cantu. The district understands that maintaining an orderly appearance not only creates a nicer environment for residents, but aids in attracting businesses to the area. As the ROW budget has grown, they have been able to add more territory to their plate by cleaning up “collector roads,” which connect neighborhoods to major thoroughfares. Occasionally they also clean up and mow vacant lots.

“We drive the district daily,” says Cantu. Driving throughout East Aldine and conducting what he calls “windshield surveys” in which he can evaluate the needs of the area allows Cantu to keep a finger on the pulse of the community. These drives translate to work orders and direct improvement of neighborhoods and commercial sectors. 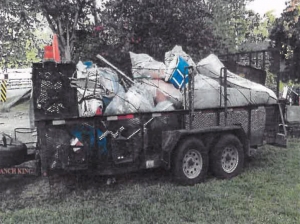 “We got to the point where we need to add a second crew, purely dedicated to picking up litter and illegal dump sites,” says Cantu. This crew is highly responsive and quick to act on tips from the community when a trash sighting is reported, and makes rounds within the community to spot their next target. Bandit signs, which are illegally posted signs, usually advertising for services, jobs, garage sales, and much more, are removed by crews by the truckload. Over 7,600 bandit signs of all kinds have been picked up so far this year.

“They are very meticulous. They make sure all the litter is picked up so the mowers don’t turn it into confetti,” laughs Cantu. “When they’re done, it looks like a nice, manicured, landscaped greenspace.” Between the two crews this year, 83,150 pounds of litter has been removed. That’s an average of 392 pounds of trash per day that would have otherwise simply remained in public spaces.

One reoccurring issue that the litter abatement crew is tackling is the dumping of tires in various piles around East Aldine. “Tires are our latest pet peeve,” says Cantu. Scrap tires are not just unsightly, they can pose a health risk by collecting water in which mosquitos breed. The City of Houston cracked down on the dumping of tires in 2016 as they posed a risk of spreading the Zika virus. In 2019, the litter abatement crew has picked up 154 scrap tires from around the area. 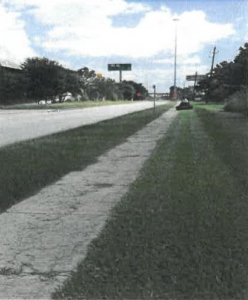 A possible explanation for this continued tire-dumping problem is the cost of disposing of tires at recycling facilities the legal way, and the limited number of facilities accepting tires around the city. Cantu hopes that regulations will be put into place by the state of Texas that will require paper trails, holding individuals responsible for where they dispose of their tires. “Permitted tire-transporters should have to return a receipt to the tire shop, proving that they have disposed of scrap tires appropriately,” he explains. Anyone who sees tires dumped within the community is encouraged to either call the district, drop by the office, send an email, or connect on social media.

“We’ve gotten positive comments from the community about the difference that they have seen over the years. They can tell that our crews are doing a good job,” says Cantu. “The work they are doing contributes to the pride we have in our community.”