Valencia Dotson: Building a Community of Hope in East Aldine

Home/Community, My East Aldine/Valencia Dotson: Building a Community of Hope in East Aldine

Valencia Dotson: Building a Community of Hope in East Aldine 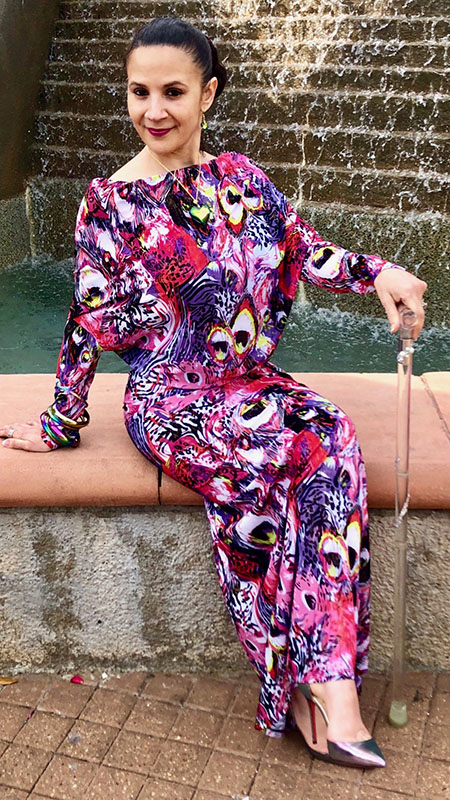 Featured for the first time on Great Day Houston for her recent “back to school” supply drive for disadvantaged students, Valencia Dotson has been a community activist in the East Aldine area for years. A native Houstonian with a naturally uplifting, encouraging spirit who makes friends everywhere she goes, Dotson is the face behind her non-profit, Tis The Season With A Special Kind Of Reason.

Pouring encouragement into the lives of those around her was a passion that Dotson has always identified with. “I’ve been involved with at-risk teens since 1995,” she says. A close friend of Dotson’s who fostered children connected her with struggling teens who needed a mentor in their lives. “I was able to build relationships with them, and be real. Being someone other than a parent or teacher took away barriers and allowed them to speak freely,” she says.

“But my 9-5 job, and responsibilities to my own family kept me from dedicating more time to helping others,” Dotson says. “But God has a way of getting your attention,” she says.

The “season” referenced in the title of her 501(c)(3) is the holiday season in 2011 that changed her life. “That is when my journey began,” she remembers. A failed surgical procedure on her spinal cord left Dotson paralyzed from the waist down. “During a dark time like that, one can go through a lot of depression,” says Dotson. Her weeks in the hospital turned into months, as she began to seek recovery from her injury, while struggling with retaining the positive mentality that was becoming so difficult to preserve.

“But instead of focusing on myself, I tried to look past my issue and focus on uplifting others,” she continues. Dotson made a habit of checking in on other patients on her floor, being a shoulder to cry on and a light in the midst of the darkness they all experienced. “I always tell people: ‘disabled, maybe; defeated – never!’” Dotson impressed upon these patients that it is normal to feel and process your negative emotions, but it is never acceptable to give up.

In her children’s book published in 2015, Mommy’s Coming Home a Little Different, Dotson reflects upon her children’s reaction to her new wheel chair. She hopes that this book can help other families who have gone through similar, significant changes. “I had to let my kids realize that I was still mommy, and they weren’t going to hurt me, despite the fact that I was in constant pain,” she explains.

Her circumstances changed in the aftermath of her injury, but her passion remained. She compares this life-altering event to a farmer using the remains of a previous crop to fertilize the seeds of the next, bigger, better harvest. Her impact on others only grew after leaving the hospital, but she still returns regularly to visit patients in the spinal cord unit. “I make my calling apparent to everybody, and they connect me with people who need something,” she says.

From public speaking, to mentoring and teaching at-risk middle and high school students, to working with domestic violence victims, Dotson makes herself available to anyone and everyone. “I don’t ever meet a stranger,” she laughs. “If I can brighten someone’s day, that’s enough for me. And I steal a little bit of their smile.”

Dotson still suffers from nerve damage, but she was able to leave her wheel chair behind after a year, in favor of a cane for extra stability. “Some people ask me why I walk with a cane and wear high heels,” she says. “But I tell them that if you’re a jazzy person before an injury, you need to stay that way afterward. You have to grab onto any normality that you possibly can.” What most people don’t know is that the high heels are practical for Dotson as well as a preference; the angled incline helps her to walk. 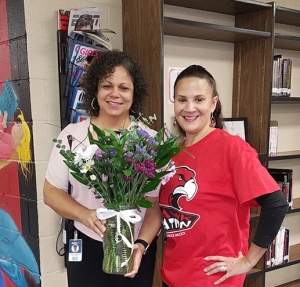 Raised in the nearby Trinity Gardens, Dotson has a special heart for the East Aldine area. Much of her energy is focused on the students of East Aldine’s Hambrick Middle School, as well as Cypress Creek High School and Klein High School. Dotson organizes Thanksgiving and Christmas essay contests at Hambrick on topics such as perseverance and family, with winners receiving Christmas gifts and Christmas dinners for their families, donated by local sponsors. Many of these business sponsors also become drop-box locations for “back to school” supply drives that Dotson puts together in August. Teachers at Hambrick received gift baskets this year thanks to her non-profit.

At the high school level, Dotson meets regularly with “The Pearls,” a group of at-risk girls. In their sessions, Dotson creates hands-on lessons that are directly applicable to what the students are going through in their lives. These girls are given the tools for navigating their own obstacles, which in turn allows them to help their peers.

Dotson created a program called “Along The Way,” which provides homeless high schoolers assistance with clothing, transportation, and seeking employment. During Harvey, Dotson collected $110,000 worth of clothing donated to families in need through her nonprofit.

Dotson has been recognized by the schools that she works with for her selfless service, as well as becoming a recipient of the Target Community Hero award. This allowed her to take 100 students from Hamrick on a Target shopping spree.

When the Harris County Sheriff’s Office hosts free “Popcorn and a Movie” for local youth, Dotson collaborates with the department to contribute food, which she has named “Munch Time After Lunch Time.” Up to 120 youth including children in daycare attend the movie showings, which is an event occurring from June through August, inside the East Aldine District office.

Tis The Season With A Special Kind of Reason has become an easy way for community partners to make an impact on the youth of Houston. Dotson says that she is open to growing her non-profit in the future, but appreciates the simplicity and reward of working directly with individuals, without the worries involved in larger organizations.

Valencia Dotson could have understandably let her traumatic injury turn her attention inward, but instead she looked outward. “I encourage everyone to lift up other people. Everyone has a purpose. We need to be a positive force in the lives of others,” is not only something that she says, but that she lives out every single day.