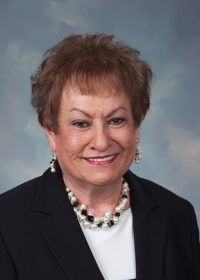 Connie Esparza has an activist’s heart. An East Aldine resident since 1979, her work  in the community has helped transform the quality of life for everyone living in the district. Extensive volunteerism–including stints at MacArthur High School, Bonding Against Adversity, VISA (Volunteers In the Schools of Aldine)–and community activism have resulted in deep relationships with local decision-makers, enabling Connie to push for bold, measurable results. Most notably she, alongside Rep. Armando Walle, State Senator Sylvia Garcia, and a handful of Castlewood residents, got the votes for HB2945 in the 85th Texas Legislative Session. This critical bill addressed the chronic and continual water outages suffered by East Aldine residents. Intermittent outages, sometimes up to 3 days a week, became status quo and typically no explanations were given. “Now, you try living like that,” she says. “Try doing the wash, cleaning, taking a shower, and you can’t finish!” This was a great accomplishment and huge benefit  for area residents and businesses alike.

Not one to rest on her laurels, Esparza is inspired by the district’s richness of history, and frames her perspective around the new opportunities she sees coming to the area. “We have tremendous support from organizations like the East Aldine Management District and Baker-Ripley,” she says. “With so many partners and shareholders–including the schools–there is so much progress we can make.”

A retired educator from Houston Community College (HCC) Northeast, where she served as Program Manager of Dual Credit, Ms. Ezparza believes in the power of education to shape the future. As Vice President of the Aldine ISD, she has witnessed the community slowly starting to buy into its potential after years of neglect. Corporations like McDonald’s and Amazon have begun to show interest in becoming community partners. These donations help improve and restore neighborhood schools, honoring the needs of both students and educators.

Her 50+ years in corporate America give her the drive and understanding of how to get things done but it is her respect for the community that motivates her. “I live here,” says Connie. “I take ownership.” When the neighborhood needed a spokesperson, Connie stepped up and was elected to the Castlewood Civic Club as President. She worked to encourage neighbors to start talking on NextDoor and currently has over 200 of 322 homeowners participating online. She’s also fearless about directly asking for things. When fellow churchgoer Adrian Garcia was elected Harris County Commissioner of Pct 2, she knew she needed to act fast, even though they had worked together on the then sheriff’s DARE program. “I got on his calendar before everybody started asking him to do things,” she laughs. It was a bold move that generated interest and improved civic club attendance. The evening before the meeting, Esparza took Garcia on a drive through the district, including Castlewood, taking time to point out specific issues to put on his radar. Finding solutions to the many homes in critical disrepair and unchecked trash dumping are high on her list of priorities.

This one-woman whirlwind knows she can’t do it alone though. While she has “so many ideas” she values partnerships and wants everyone to feel valued and appreciated. “Just come to the table, see what we have to offer,” she says. “We all have something to offer.” The East Aldine Management District is lucky to have Connie Esparza on our team.