Home/Community, Economic Development, My East Aldine/S&S Exotic Animals – Where Pets Come In All Shapes and Sizes 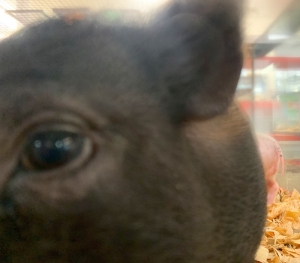 Whether you are pining for a parrot, hankering for a hedgehog, or craving a coppery-colored corn snake to call your own, East Aldine’s S&S Exotic Animals has the critter you seek, and much, much more.

Nestled in a converted one-story house on a three-acre property on Connorvale Drive, S&S has been a haven for lovers of unusual pets since opening in 1996. Though there are some birds on sale, the shop specializes more in mammals and “slither pets” — reptiles and amphibians; boas, pythons and other snakes; and arachnids, such as scorpions, tarantulas, and other large spiders.

Owner Suzette Stidom says she breeds a majority of the animals they sell in her menagerie, a little Noah’s Ark that also includes, among the four-legged animals alone, pigs (skinny and pot-bellied), hamsters and guinea pigs, ferrets and fennec foxes, and short tail possums and flying squirrels, to name a few most folks can visualize with no further explanation.

Stidom takes the “exotic” part seriously, as that is not the case with some of the other mammals on offer. She also offers jirds (North African desert mice), degus (Chilean mini-Guinea pigs), and hyraxes, rotund little fellows from the mountains and crags of Africa and the Middle East. Because there is nothing like the hyrax in Europe, biblical translators described them as “rock badgers” and while they do somewhat resemble badgers, or beavers minus the paddle-like tail, they are in fact more closely related to elephants and manatees. A tiny little elephant-cousin in your own home! 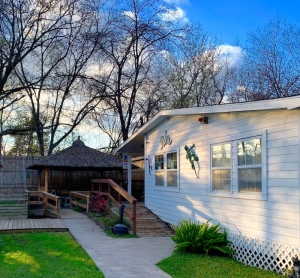 And then there is the coatimundi, comparable to a sort of long-nosed raccoon from South and Central America. Just as naughty as its ring-tailed North American counterpart, these guys are a handful: omnivorous and mischievous and needful of plenty of toys, room to roam, and climbing surfaces, not to mention an abundance of patience from their owners.

Sugar gliders are among the most popular of the more exotic mammals. S&S offers a wide variety of color-variations of the highly social, pocket-sized airborne Australian / Indonesian flying marsupials, but be warned — sugar gliders love company, so if you want one, you’re better off buying at least two if you want them to be happy and healthy.

Stidom’s store is licensed and approved by Harris County Animal Control, Texas Parks & Wildlife, and the United States Department of Agriculture, and her love for animals shines through. The shop’s website features detailed care sheets for each of them, and you get a sense of the dedication she has, and that she looks for in her customers, from a 2005 New York Times article. 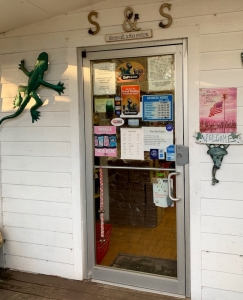 “It’s not a spur-of-the-moment purchase,” she said. “Buyers should have looked around. I’m in it for good, and I’m not getting rich doing it. You have to do your research. Make sure you can afford it for the life of the animal. Take into consideration having kids around them, if you have them or are going to. I don’t have any. These are mine.”