TNT Printing and A to Z Graphics

Home/Community, Economic Development, My East Aldine/TNT Printing and A to Z Graphics

TNT Printing and A to Z Graphics 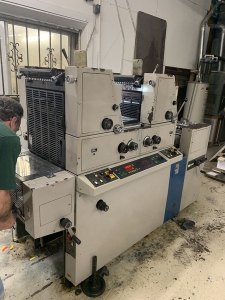 A quick search for reviews of TNT Printing yields quite the praise. Especially intriguing was the first one I read. “The price was great, the staff was more than friendly,” the five-star review said. “They completed my job sooner than the deadline and the quality was better than I expected.” In my lifetime of experience with printers I have never once even come close to such sentiments so I was curious of the reviews. Turns out, they weren’t fooling and I was dead wrong to eye them as suspect. Instantly, upon entering the building, I was greeted by Ron Cecil, longtime layout graphic artist, who would double as my tour guide for the day. His kind, gentle demeanor were grounding as the rhythmic clank of activity filled the expansive printing facility around us. “I’m the guy in the cave,” Ron notes, referencing his innate ability to tune out the noise, allowing him to focus on the exacting details required for precision printing.

A family-owned business since 1978, the facility is actually home to two separate companies –TNT Printing and A to Z Specialties. The latter is owned by Larry Neal, son of TNT Printing owners Tommy and Karen Neal. Tommy had previously worked for the multi-focused Wunderlich Printers before buying the company and combining all of the services under the TNT Printing banner. Years later his son, Larry, would set up A to Z Specialties with a specific focus on promotional materials, everything  from massive color banners to embroidered shirts. The mesmerizing embroidery machine can tackle six items all at once. The fast moving needles have sewn colorful details for many a little league baseball cap and jacket with lightning speed. 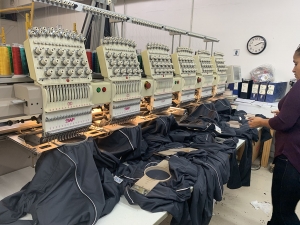 To the left of reception lies a state of the art copy machine. The  20 foot printer capable of churning out hundreds of copies per hour. This high-output machine allows TNT to service big jobs for large corporations, construction companies, and the East Aldine School District. They also do large format digital printing, laser etching, duplicate forms, business cards and stationary for businesses in Humble and as far away as Splendora.

The screen-printing production is housed upstairs and is perfect for old school and modern-day posters and t-shirts.

Keeping the machines clean and maintained is key to the success of the business–time is money afterall, so if a printer goes down it’s money lost–but the true heart of the operation lies in the warmth of the people that are the face of TNT Printing. As Ron led me from office to office, I was greeted with enthusiasm and kindness that ultimately translates to pride in the work they do. Again and again the staff echoed the same sentiment, the best part of their jobs are the “happy customers we serve.” It’s something that apparently comes straight from the top and influences the work environment. Up and down the line everyone spoke with great respect for their boss, Tommy Neal. 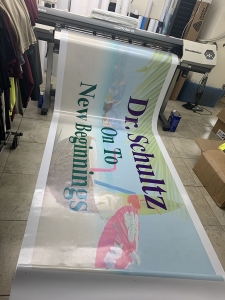 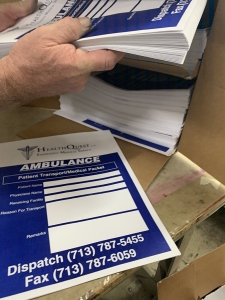