Meet Gilbert Hoffman of the East Aldine District Board

Meet Gilbert Hoffman of the East Aldine District Board 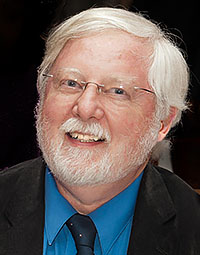 Gilbert Hoffman has served on the East Aldine District Board for the past 15 years. Aldine residents may recognize him as the man behind the Northeast News, the local paper delivered to their doorsteps every week.

Having grown up in a family of architects, Hoffman relocated from Pennsylvania to Houston in 1980 in pursuit of a career in architecture. He landed a job as an architect with the Houston-based company, 3D International. For many years, Hoffman designed public buildings in Houston, including hospitals and libraries, as well as projects around the world.

But all the while, Hoffman had an interest in the printed word brewing on the backburner. “I’ve always been interested in newspapers. Moving to Houston opened up the opportunity for me to take on newspaper work as a second career,” he says. In his spare time, he is highly involved with the Rotary Club, raising funds for local and international causes.

In 1995, Hoffman retired from his architecture endeavors and shifted his focus to publishing. He first purchased a newspaper business in the Highlands community of east Houston. Then, in 2000, Hoffman purchased Aldine’s fifteen-year-old paper, Northeast News, and through this avenue was introduced to the East Aldine District board. Hoffman combined his passions and designed the office that the East Aldine District currently occupies, and which used to house his newspaper office.

As of now, Hoffman currently operates five newspapers for communities in the Houston area. “Our guiding principle is that we will only cover local news; not county-wide or city-wide,” he says. “We cover school news, graduations, churches, civic clubs, businesses, stories that focus on people.” After all, Hoffman says, “newspapers make people feel like they’re part of a community,” especially in an established community such as East Aldine.

Carriers deliver 20,000 papers weekly to Aldine residents, for free. Advertisements make this achievement possible, as Northeast News partners with a wide variety of businesses such as Jed’s Hardware, banks, hospitals, and even Walmart. With the overall decline in newspapers nationwide, Hoffman says, “The newspaper business has become more competitive. We’ve had to reduce some of our circulation and staff, and focus on what readers want. But people still want a quality source of local news.”

Throughout the years, Hoffman has been driven by his love for the craft of writing, layout, and design of newspapers. But equally as much, “I enjoy meeting people and being part of the community,” he explains. “I’ve been doing this for so long, I know most everybody in Aldine and they know me. It’s like family.”

Much of the news covered is discovered through Hoffman and his staff keeping their ear to the ground in the communities they serve. “I spend a lot of time out in the field talking to people,” says Hoffman. Getting involved with local civic affairs stems from Hoffman’s “commitment to public service, and a great way to collect news.”

Hoffman’s work with the board of the East Aldine District, which began two decades ago, has consisted of the major initiatives pursued by the board, such as water and sewer expansion, streetlight installation, scholarship funds, public safety, and much more. His background in architecture allows him to take the role of Facilities Development Committee Chair, which manages projects such as the Town Center development.

Lone Star College, BakerRipley, and the Harris County Sheriff’s Office call center have opened their doors in the past year, though the remainder of the development is still under construction. Aldine highly anticipates the openings of the amphitheater, playground and splash park, the Joe V’s grocery store, as well as the East Aldine District office.

“It’s already been a catalyst for more developments and improvements in the area,” notes Hoffman. “There’s a new shopping center being built across the street, and we expect a lot more development.”

Hoffman has dedicated his time in Houston to building community, whether he’s designing neighborhood facilities or connecting people through print. Looking back over the past twenty years of involvement in East Aldine, Hoffman says, “It has been very rewarding, and it’s exciting to see what the future will bring.”