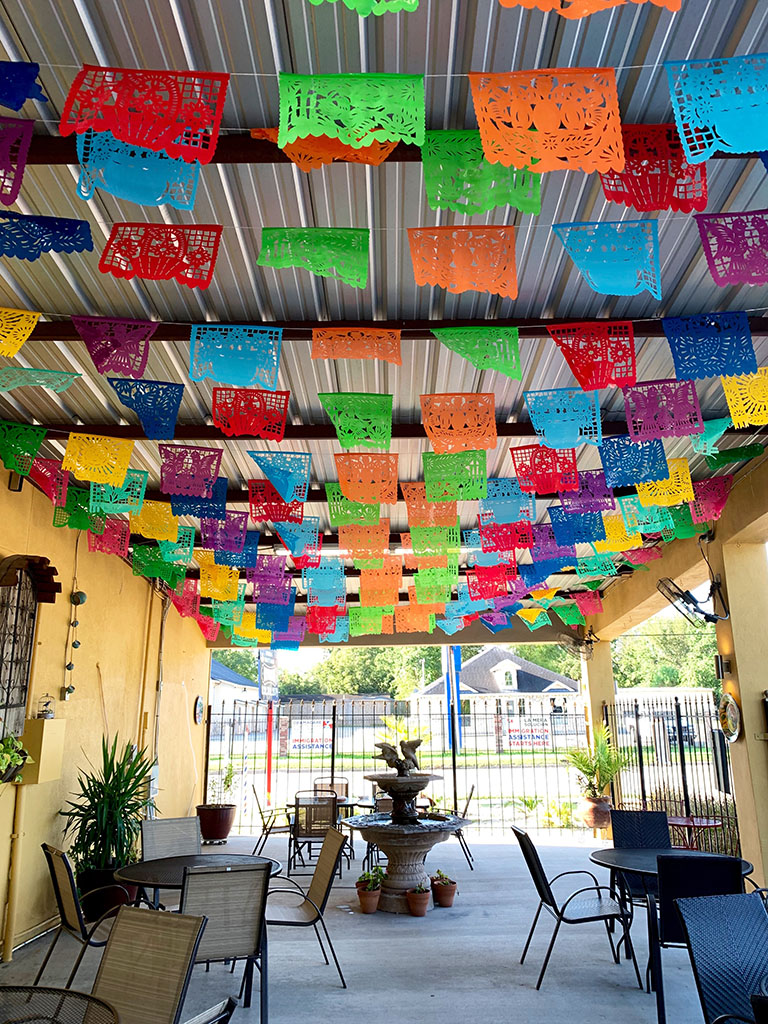 Sometimes you visit a restaurant for the first time and think to yourself, “this place has a very bright future.” Decades ago, I had that impression of a little Mexican mini-mart in Montrose. At the time, there were only about four tables in the place and the menu was very limited, but all of it was so very good. Shortly after that, I left Houston for about a decade and by the time I returned, that little four-table mini-mart had evolved into La Mexicana restaurant, which by now has sprouted a palapa patio and now features multiple dining rooms. To call it a Houston institution is no exaggeration.

Such thoughts were brought forth by my first visit to Azteca Taco House on Hopper a few blocks west of Interstate 69. As you get out of your car in the ample parking lot, you are greeted with a cheery sight in the form of the restaurant’s mango yellow exterior and well-executed cactus-and-flower themed signage. Romantic norteo music exhales over a picado flag-banner decorated patio.

As with area Mexican diner/supermarkets, Azteca’s service is steam-table / cafeteria style, and since I was there early on a Sunday morning, I opted for breakfast tacos, touted by online reviewers as the best of the city. (And since we are in a pandemic, I got them to go.) 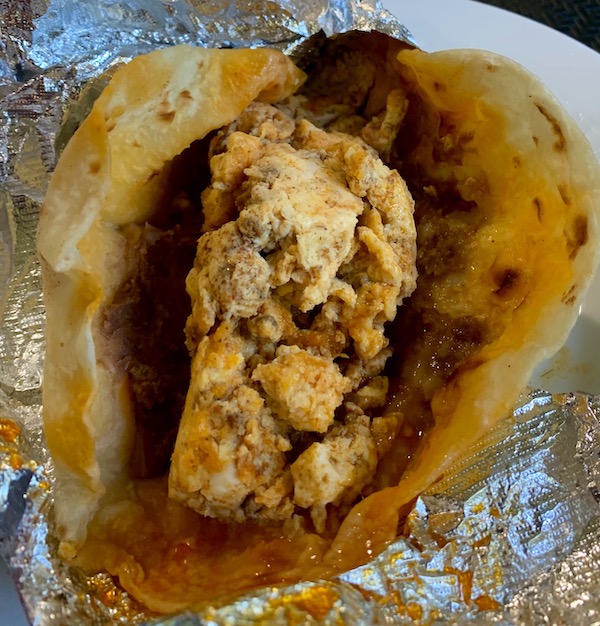 And if these are not the best in the city, the list of better breakfast tacos is very short. The secret is in their fresh handmade flour tortillas — Azteca’s fuse with fillings such as huevos con chorizo, or bacon, or Mexicana style, or however you’d like with a scrape of refritos in absolutely perfect harmony, a balance between retaining firmness and soaking up the filling’s juices. Top with Azteca’s delectable salsa verde and it’s breakfast taco heaven.  Eight tacos of various fillings and a couple of Topo Chicos came in just under $25 so the price is definitely right, and these tacos are not small, either.

And if you are in the market for Mexican curios — Frida dolls, decorative plates and platters and drink services, painted hats, and so on — these are on offer in a back room at very fair prices. The service from the multigenerational staff is incredibly friendly and laid back. All in all, it’s hard to think of a more pleasant way to start your day. 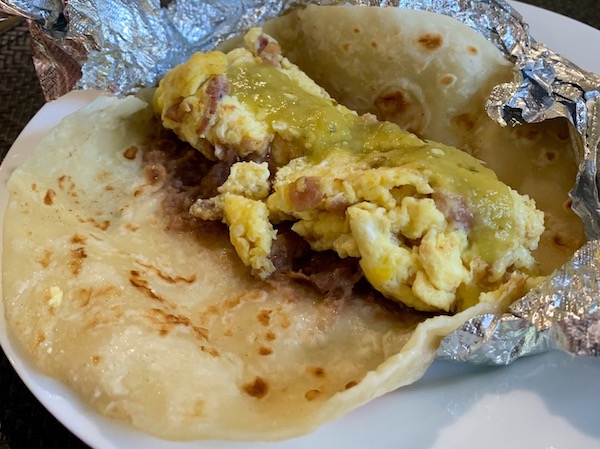 A TABC notice is taped on to the front door, and soon, if all goes well, Azteca will be serving up margaritas and micheladas too. That is when their profit margins will expand. You heard it hear first – Azteca Taco House is destined to become an Aldine landmark and — should their desire be to expand beyond the original location — very much likely would be known as Azteca Taco House #1. Get in there early so you’ll be known as the one who told all your friends about it. 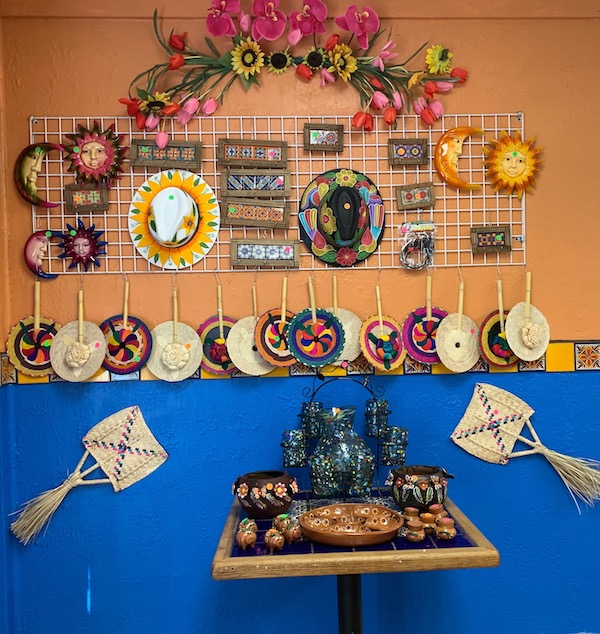