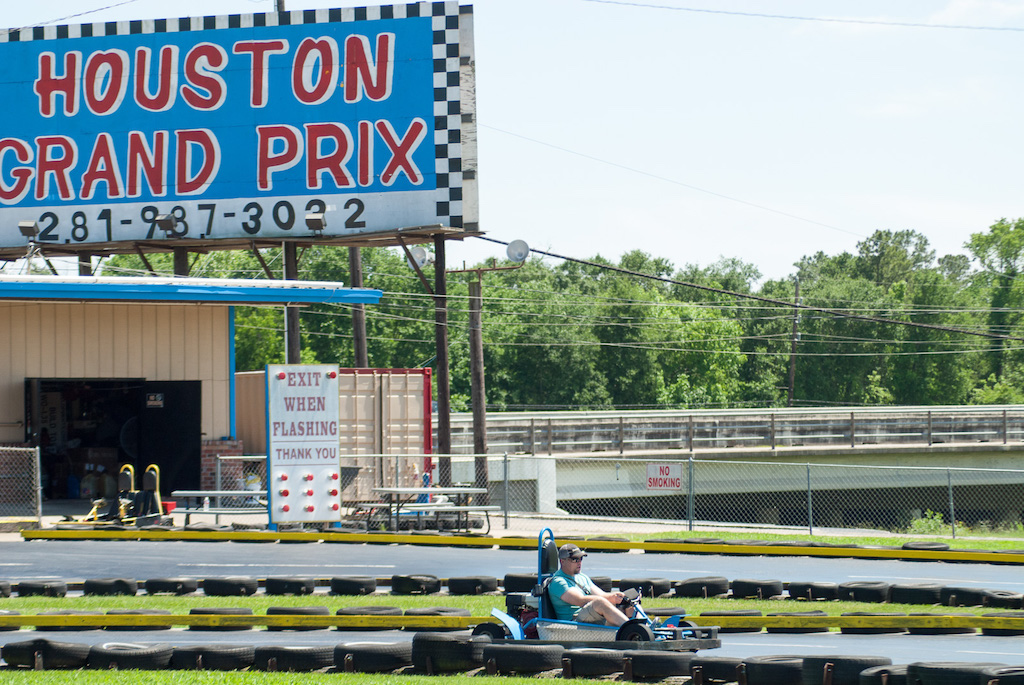 Americans have a tendency to democratize sports for the less athletic or wealthy. Hence touch or flag football for the less brawny among us; slow-pitch softball for those who can’t turn on a fastball; and putt-putt golf for those whom country club memberships and golf clubs are out of reach and/or even swinging a sand wedge presents too great a challenge in the eye-hand coordination, hip-swing departments. (In other words, people like this writer, at least as far as golf goes.) While ping-pong, that miniaturized form of tennis, was not an American invention, we damn sure did invent beer-pong. We can thank Ivy League Dartmouth College for that innovation in the sporting world. 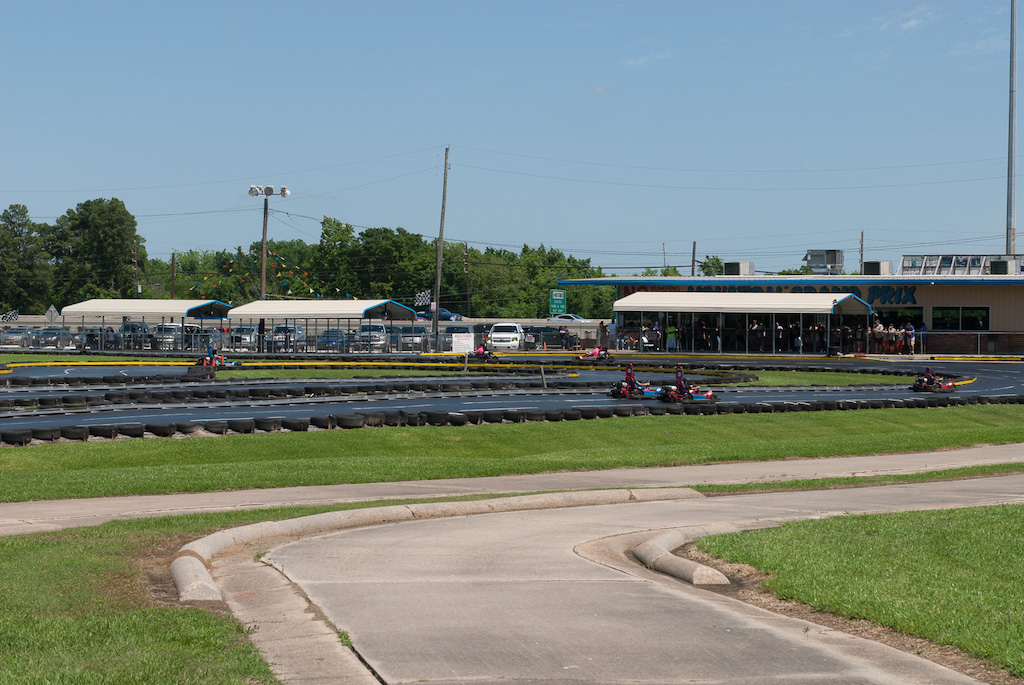 And even mechanized sports have their scaled-down, democratic iterations suitable not just for hell-for-leather speed demons but instead the whole family. This would be the humble go-kart, the tenacious little bulldogs of the asphalt track. East Aldine his home to Houston Grand Prix, the only such enterprise in the northeast section of Greater Houston and one of the best in Texas.

Open every day of the year except Christmas, Houston Grand Prix is more than just a go-kart track. First off, there is more than one twisty-turny track to choose from on the property (at least two; sometimes a third is also in play), and you can choose from three different karts: regular, super, or a two-seater so your young kids can ride along.

As has been the norm since the 1980s for many go-kart tracks, there is also an arcade on the premises, featuring games like billiards and skee-ball as well as pinball and arcade games from vintage (Ms Pac-Man, Defender, Centipede, Mortal Kombat II, and of course Pole Position) to up-to-date first-person-shooters like The Walking Dead.

Kart rentals can be made per ride ($5 standard kart, $8 per super or two-seater) or $25 per hour. Houston Grand Prix also offers a two-tier party plan for birthdays and other special occasions: each has a ten-guest minimum and the packages start at $130 for the “Go Kart Pary” and its 3 standard go kart rides per person up to the $249 Ultimate Party plan, which entitles guests to their pick of kart and two-and-a-half hours of ride time and 200 tokens for the video games and carnival midway-type games of chance.

It’s funny — seems like putt-putt courses are getting harder and harder to find, but go-karting keeps rumbling along, offering many American children their first experience behind the wheel of a motorized vehicle. Since its invention in Southern California in the late 1950s, go-karting has gone from more than just a hobby or fun weekend activity to occupy the very lowest rung on the ladder to motorsports wealth and fame — Formula One legends like Aytron Senna, Michael Schumacher and Lewis Hamilton each burned their first rubber behind the wheels of go karts in Brazil, Germany and the UK, respectively. And who knows? Maybe your kid is a prodigy like those three motorsports titans and whatever you might spend at Houston Grand Prix is just an investment toward that child one day winning a real Grand Prix in some city like Monza, Watkins Glen, or Monaco, or even just somewhere like Daytona.