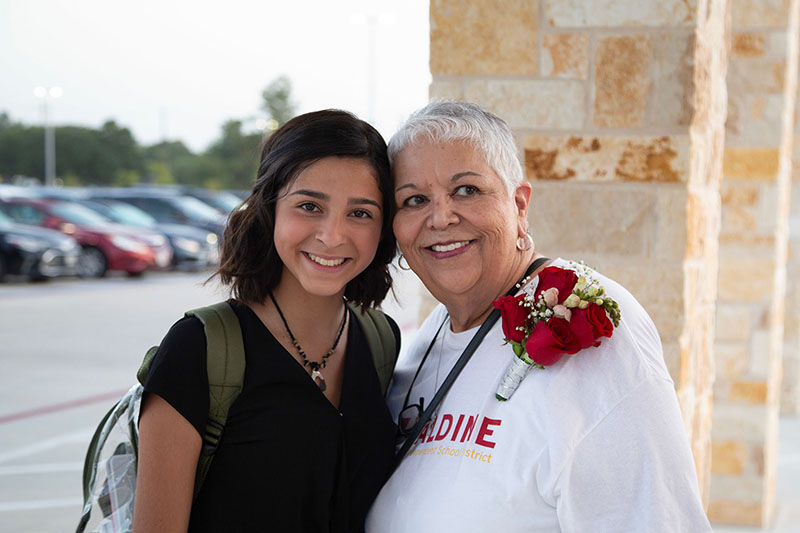 She was recently re-elected as a trustee of the Texas Association of School Boards, a milestone that led to this talk with her. (Questions and answers were edited for clarity).

What led to your interest in education and what sustained you throughout your career? 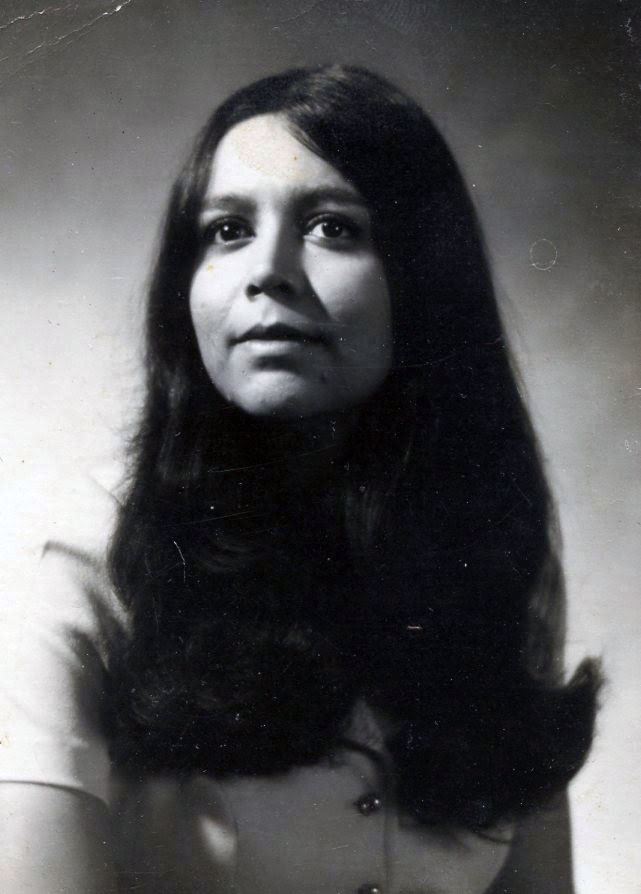 I grew up in East Aldine from when I was 2 months old. We were very poor; I shared a bedroom with two brothers and a sister. I didn’t realize how poor we were until I went to school and saw what other kids had. But I don’t remember it affecting me in a negative way. I think teachers touched my heart in a way, because I picked up the idea that I could do anything. They made me feel good. I loved the routine of schools; I didn’t like summer because we weren’t in school. So I started a “school” in our detached garage. I would pretend I was a teacher. So since I was 7 years old I wanted to be a teacher, I really felt that that is what I was meant to do.

I was very eager and happy to start my career (after getting degrees at Sam Houston State University). I even have life-long friends who were my students and now are adults doing well. I think that’s what triggered my staying with it, seeing how education could change your life. (And after teaching elsewhere), I just tended to gravitate and relate better to the kids who were in Aldine.

I was encouraged to become an administrator, which I had never considered, because it’s farther away from the kids. But I learned you can influence their education (from that position).

Eventually you became principal at MacArthur High, where you had been a student?

I felt that somehow a higher power had taken me back there. I had relationships with the teachers, some of whom had been by own students. I considered it a blessing because I believed in my heart that is what I was meant to do.

Your are never going get rich as a teacher, but you get rich in your heart by making a difference with kids. You see that it moves on to the next generation.

What should East Aldine families know first and foremost about how to ensure their children get a good education? 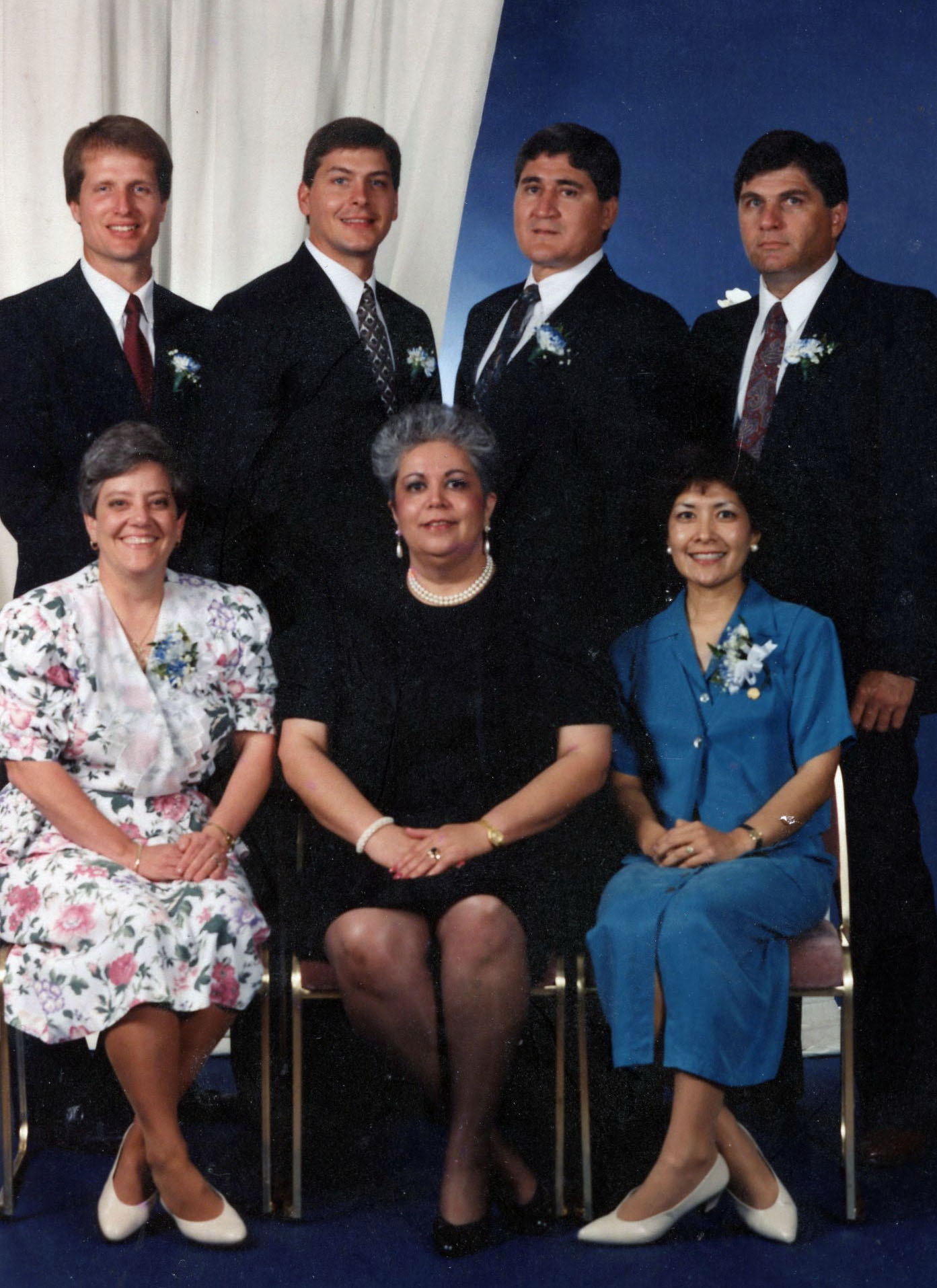 It’s really critical that parents insist their kids go to school. We were not allowed to stay home or take a day off. I would also encourage parents to try to stay engaged with their kids’ school, even though (parents) have to work. There are activities at night. It sends a message to their child they think school is important.

Have kids participate in extra curricular activities. Aldine offers buses after school — let their kid participate! Don’t necessarily encourage students to get a job (during the school year) — they are going to help their family more by getting a college degree and then coming back. I worked every summer — I helped my parents as much as I could. I never forgot they stood by me. They knew their child’s life is not going to get better than theirs unless (their children) got a better educated than them. Education is the great equalizer. It’s going to put a person on an even playing field if they have an education behind them.

Education opens the door. It’s not important where you come from, it’s where you are going. Kids in Aldine may have not had the opportunities other kids had but they can accomplish a whole lot if given a chance.

How will Aldine ISD get through the challenges of the pandemic and funding shortages?

There will be some changes we will experience, but we have been through (funding shortages by the state) before. We will probably have to adjust teachers’ assignments (by grade level) and probably not be able to fill all vacancies, and we will have to cut what might be considered ‘luxuries.’

(In past years) some school districts had to lay off teachers and ask every department to cut their budget. The finance department looks at every budget and says where ‘you need to cut.’ It hurt a little but we overcame it and we may have to face it again.

What else should we ask about?

Establishing the East Aldine District was one of the best things that could have been done for this area. (The District supported more neighborhood roads connecting to major thoroughfares) and you can see the difference it has made up and down Aldine Mail Route and Highway 59. I think the district  brings value to the area and people feel like something is happening there for them.

In consideration of measures aimed at stopping the spread of COVID-19, staffing of East Aldine District offices is limited at least through May 31, 2021 while staff works remotely on a full-time basis. Staff may be contacted as follows: