Home/Community, Economic Development, My East Aldine/Western wear is the hub of an enterprising family’s collection of businesses 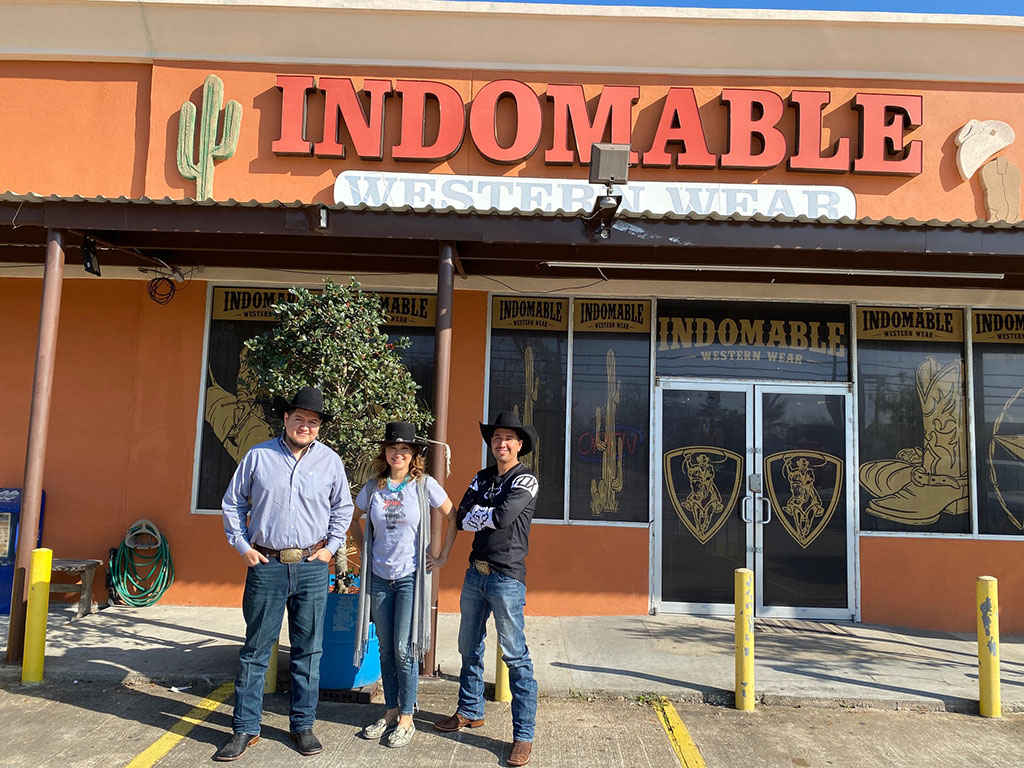 Just inside Indomable, a western wear store, there is an overwhelming fragrance of finely tooled leather blended with a hint of cedar from the rough-hewn shelving.

The shop is filled with boots of all colors and sizes, western clothing, turquoise jewelry and rows of hats for children, women and men.

Located at the end of a shopping center on Aldine Westfield Road in the Aldine District, the emporium anchors the family legacy of Guadalupe and Berna Macias. And the legacy extends to two other business in the center.

Guadalupe, a hard-working stucco contractor, and Berna, the mother of their six children, bought a vacant lot of overgrown weeds and trees and transformed it into the shopping center for their enterprising, competitive and charming family.

Raul Macias, their fourth child, runs the western wear store, where he works with his sister Raquel Macias Duran, and his youngest brother, Alfredo Macias.

Raul runs the merchandising and customer service with Raquel, while Alfredo combines his talent for steam-shaping cowboy hats with impressive web design skills. 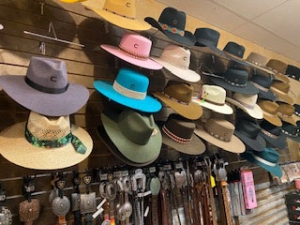 At the other end of the shopping center is Pro Sports HTX, the sporting goods store run by Juan Macias. Juan, like his Dad, is a former stucco contractor.

A beauty shop in the center is owned by the oldest son, Oscar Macias, and his wife.

A smaller store is leased to a tax service.

Joe Macias, the couple’s second oldest son, is pastor of Torre Fuerte (Strong Tower), a nearby church that is the family’s spiritual home.

All of the enterprises are an outgrowth of the family’s hard-scrabble beginnings in northeast Harris County, as well as its Hispanic heritage.

While Lupe worked as a stucco contractor, Berna ran a used clothing and boots stall on weekends at an area flea market. During the week, she had all the kids competing for cash by collecting and recycling bottles. 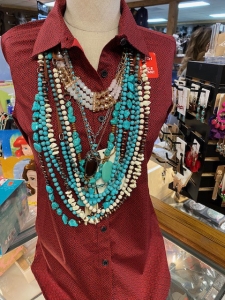 “The money that we earned was for us to keep,” Raul Macias said, with his winning smile. “She was showing us how to make a living, really.”

The family story is a classic in diverse Houston, where budgeting and the enterprising spirit start at the kitchen table among multiple generations who later apply their life lessons to their business ventures. “Adapting to the changing market is so typical of Houston: that can-do spirit and precisely that idea of figuring out how to make it work,” Rice University professor Stephen Klineberg, author of the 2020 book Prophetic City, said.

While his mother worked at the flea market, Raul and Alfredo worked for Entienden, a western wear store owned by James Tanner. He taught Alfredo how to steam-shape the cowboy hats, “and I did everything else,” Raul recalled. “Mr. Tanner would pay me a burger a day. I did it, not really knowing what it would lead to.”

Raul Macias’ first business venture was a shop featuring cassette tapes and CDs. Just about the time that streaming music put him out of work, he went into work with his mother in western wear at an indoor market called Saba Domingo.

“I left the CD shop and I went full blown into western wear,” Macias said. “I got out of that just in time.”

His store is named for a favorite song, Indomable, by the band Invasores.

And, for the uninitiated, music is closely linked to western wear. The shape of the crown and brim of a cowboy hat is often a clue to the kind of music a man prefers, Macias said. 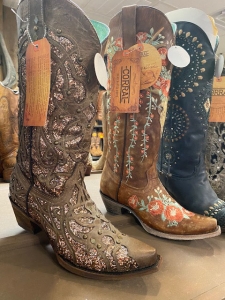 “We try to personalize the hats,” Macias said. “If they listen to a certain type of music, they wear their hat a certain way.”

For norteño music, there’s an open brim; if the music includes a saxophone, customers want the brim more drawn up at the side, and it’s a smaller brim, he explained.

Because the Macias family is so close, Raul Macias feels a strong tie to the community. He remembers growing up in the neighborhood.

“Now, I am catering to this community,” he said. “It’s fun to me. It’s a business, but I am helping the community. It’s really about being a blessing to the community.”

“It’s a small business, but it really is a family business,” Macias said.