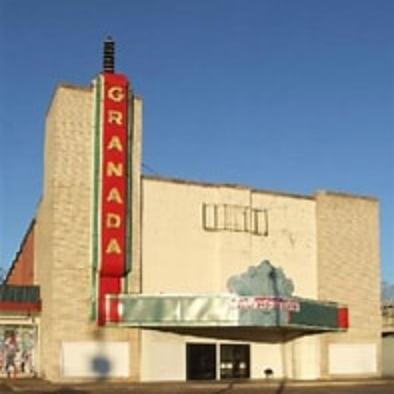 A fire early today destroyed vacant shops at the Jensen Square shopping center in the Aldine area. But still standing is the vacant, historic Granada Theatre, known to many area residents since it opened in December 1949.

The movie house theater, which had already become a shell of its former self, suffered smoke and water damage.

When it opened (with Dan Daily starring in “You’re My Everything”), the theater was a light-colored building with a tall tower trimmed in red and green and a very ornate marquee. The Capitan Theater in Pasadena was a virtual twin with a different color scheme. But neither was as elaborate as other Granada Theaters around the United States, which were intricately decorated palaces with heavy velvet curtains and large stages.

A Granada Theater in Dallas was, for many years, a popular and thriving live music venue.

But the Aldine-area Granada at 9231 Jensen Drive still holds memories for many East Aldine residents who saw movies there for decades.

The building has been closed for several years. For a while, it was used for church services.