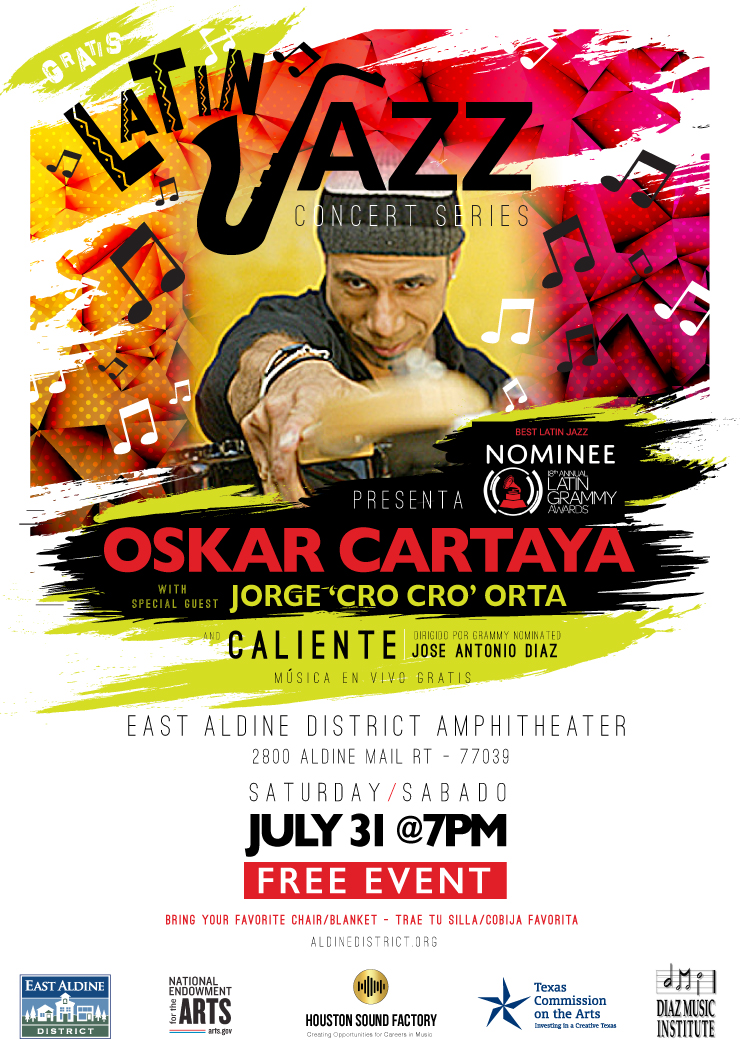 During the course of a full career playing bass, composing, arranging and acting as musical director for an amazing array of artists, Oskar has soaked up the influences of his homes in Puerto Rico, New York and Los Angeles to create his very unique style.

Some of Oskar’s credits include the production of “Passion Dance” by Herb Alpert (Almo Records) and “Plenarriqueña” for Jennifer Lopez, a live concert on DVD (Sony Music). Touring with a plethora of artists including Steve Winwood, Spyro Gyra and the late Tito Puente.

Add in to the mix a stint in the house band for TV’s “ShowTime at The Apollo”, The ESPY’S, Latin Grammy, Guys Choice Awards composing and arranging for projects such as Jodie Foster’s movie Contact, Producing the soundtrack for the movie “Wedding Bell Blues” and playing on Grammy® Winning albums for Arturo Sandoval, Willie Colon and Spyro Gyra.

When playing his own music live he is surrounded by the Enclave which Oskar describes as “a musical play on words, the voice of a culture from within the boundaries of America, and a musical expression played en clavé. Our sound is a gumbo of jazz and funk, Afro-Caribbean percussion and urban street soul attitude.”

Jorge Orta was born in Caracas, Venezuela, on June 12, 1963.  He studied music at the Young Musicians Orchestra School in Venezuela.  His musical career began at a very young age participating in musical performances around Caracas’s suburbs.  His professional debut was with the Calaben Band and he continued to play with other local bands such as Maderita, Los Gaitétricos, Tradicionales, Grupo Madera, Orquesta Anagó, Los Satélites, Orquesta Fa Menor, La Playa, as well as various merengue bands such as La Familia, El Escuadrón and Roberto Antonio, where he also played Güira and the Dominican Tambora.

Jorge went on to join other bands such as Silva y Guerra, Manuel Guerra and other musical Venezuelan groups.  In September of 1995 he traveled to Colombia where he joined the Bronco Band and later Yuri Buenaventura, La Suprema Corte and Sandunga bands, with whom he traveled to United States.  Once in the USA he joined various bands such as Volcán, Oro y Plata, Mango Punch, and Grupo Kaché.  After staying in the USA for a while he traveled back to Colombia to join the internationally acclaimed “Grupo Niche” of Maestro Jairo Varela with whom he toured Europe, Latin America, and the USA.

Due to his vast musical experience, he has performed with many renowned artists such as Celia Cruz, Pete ‘Conde’ Rodriguez, Mimi Ibarra, Viti Ruiz, Ismael Miranda, Lefty Perez, Henry Fio, Luis Felipe Gonzales, Maelo, Kim de los Santos, Paquito Guzmán, José Bello, Wichie Camacho, and Lalo Rodriguez, as well as many Houston musicians such as Mark Towns, Tina Steele of Latin Jazz and Yelva.  While in Houston he fulfilled various goals such as directing the popular local band Grupo Kache, with whom he produced their first CD.  Jorge has also collaborated in recording projects of several Houston musicians’ such as Penny Lea, Buzz Smith, the Merengue Band Mi Rumba, Batachá, Mark Towns, Gilbert Cedeño, and Mango Punch.  He also taught Latin percussion at McArthur High School in the Aldine School District.  In 2003 and early 2004 Jorge again toured the USA with Grupo Niche and participated in the recording of the first CD of the Son de Cali Band.  He formed his own band in 2010 ‘CroCro y su Tumbaká’, producing several shows in Houston, Texas.