This Aldine librarian does more than the usual with pages

Home/Community, My East Aldine/This Aldine librarian does more than the usual with pages

This Aldine librarian does more than the usual with pages 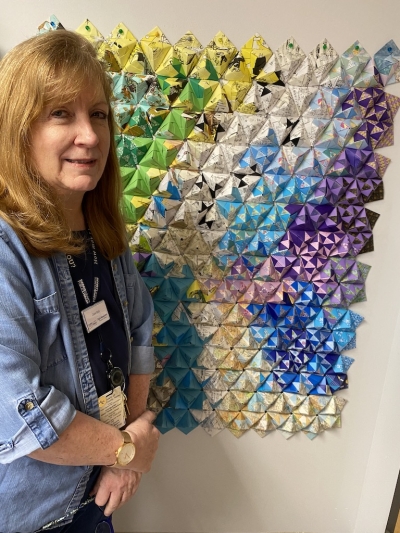 There are times when librarians do sit and watch television.

For Jane Holt, branch manager of the High Meadows Public Library in East Aldine, however, her hands are rarely empty. She is always busy folding pages – from books, maps, musical scores, or other papers – to create wall hangings, delicate flower arrangements and beautiful lamps.

“It’s a great thing to do while you watch TV. It keeps you from eating chips and other junk,” Holt said.

For more than 15 years, Holt has become a skilled practitioner of the art of origami, the Japanese paper folding technique. Her office at the library and her home are decorated with the bright, colorful creations, Including illuminated designs crafted from old spools, tools, an antique microphone, even a firehose nozzle.

One of Holt’s special creations is a large origami wall-hanging featuring neatly folded, brightly colored pages from several Dr. Seuss books. The crumpled Cat in The Hat is being saved for a future grandchild.

Using light kits from hardware stores, and LED lights, Holt’s origami lamps are a blend of Western and Eastern art forms. Holt taught herself origami while working in her parents’ office and art supply store.

“I don’t paint, but it was something I could do artistically,” she said. 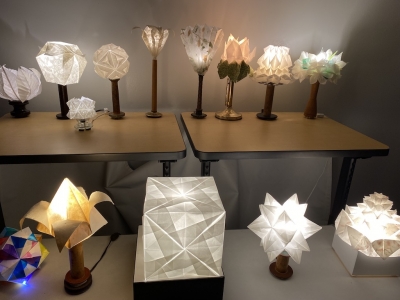 She has even presented origami demonstrations at meetings of the Texas Library Association.

She found the art of paper folding was a popular activity for all ages at a previous job at an Amarillo library.

“It seems to be really popular with teenagers,” she said. “I know they really like to come to the library to use the computers, but I think they like the creativity,” she said.

Senior citizens also enjoy learning the craft. Although it seems complicated at first, “paper has memory, so you can always go back to the fold,” and start a project again.

“It’s something you can come to the library and be a part of, and then leave with something that you are really proud of,” Holt said.

Holt hasn’t been able to teach her art at the High Meadows Library due to the pandemic. The library is operating at 75 percent of capacity for the same reason.

But she will resume teaching once the library is fully open, when the staff will also offer many activities and classes every afternoon, from Monday through Thursday. 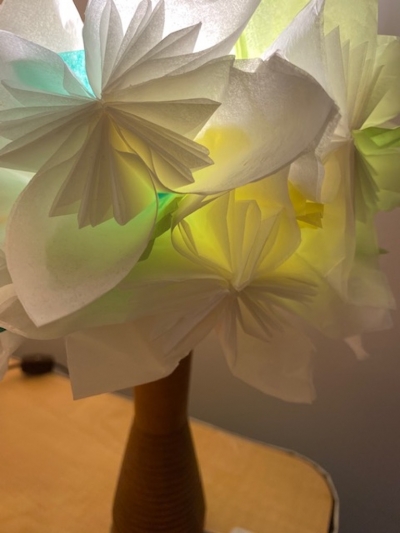