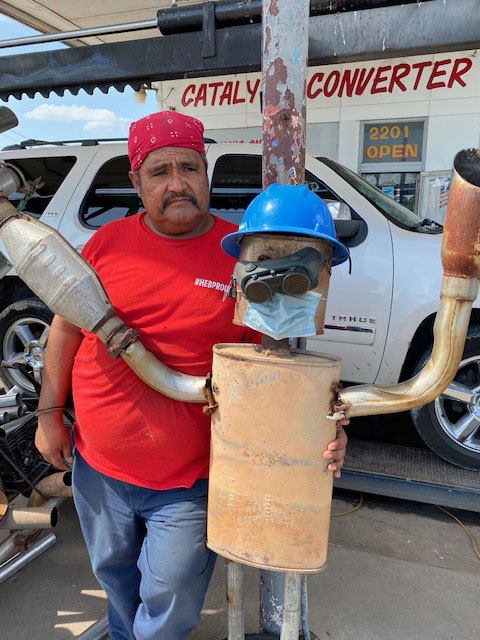 “Advertising is the greatest art form of the 20th century.”
—the late philosopher Marshall McLuhan

At the busy intersection of Aldine Westfield Road and Little York, a crazy collection of sculptures molded from muffler parts evokes memories of the Tin Man from The Wizard of Oz.

But mechanic Jose Ramos is amused, and a bit confused, that the objects on which he used his welding skills could be considered “art.”

“No, it’s not art,” Ramos said recently. He explained, in Spanish, that the display is intended to attract attention, and customers, to the Payless Muffler shop where he has worked for years.

Business owner A.J. Hussein also scoffed at the notion that the molded “muffler men” are an artistic tribute to the classic children’s story that featured Dorothy, her dog Toto, the tin man, the cowardly lion and the scarecrow.

“Jose doesn’t even know who the Tin Man is,” Hussein said with a smile.

But Hussein conceded that the muffler men, who have been on display for more than five years and look like people, robots, or C-3PO from the Star Wars films, have attracted customers to his busy vehicle repair business.

On this short stretch of Aldine Westfield south of Keith-Wiess Park, there are at least six other businesses involving auto repair, auto parts, used cars or used tires. It helps for a shop like Hussein’s to stand out. So, he gladly encourages his mechanic friend to pose with his whimsical weldings.

Meanwhile, the East Aldine Arts Council, a committee of the East Aldine Management District, has brought mini-murals to traffic signal boxes at a few intersections in the District as a partnership that arranged for a new full-sized mural at High Meadows Library. Public art is expanding in the neighborhood.

As Ramos threw an arm around his metal masterpieces, the lesson of the Tin Man came to mind: 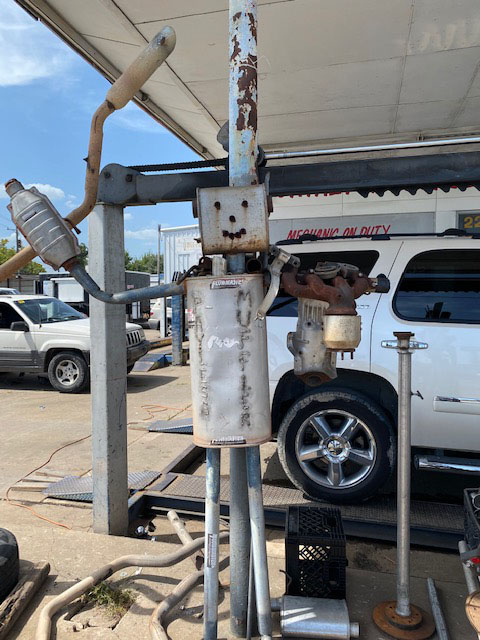