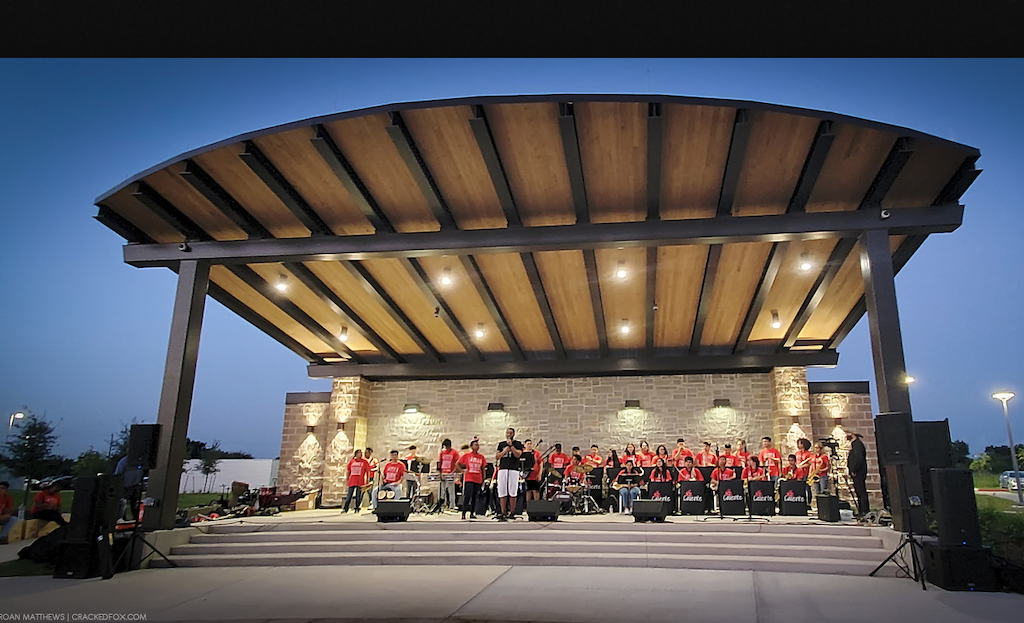 Two July jazz concerts marked the grand opening of the amphitheater at the East Aldine Management District’s expanded Town Center, where the musicians and the hundreds of people in the public audiences inspired each other. 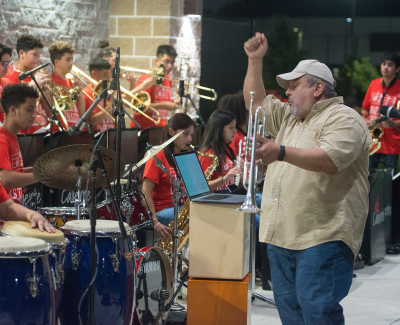 Before internationally known trumpeter Ray Vega improvised his solos on stage on the night of July 17, some in the audience had improvised their set-ups with camp chairs, beach shelters and blankets in a fusion of family gatherings and picnic suppers on the facility’s smooth lawn.

Vega, special guest trombonist Andre Hayward and Caliente, a large ensemble band of teens from the Diaz Music Institute, definitely put some swing in their performances. At the same time, children swung on playground swings and danced in the nearby splash pad.

As the summer sun ducked behind clouds, the heat gave way to a cool breeze and the crowds settled into a rhythm matching the excitement as East Aldine residents got a taste of how the amphitheater will be used for free, family-oriented events.

While parents and grandparents proudly applauded their talented musical offspring, there was praise for the new venue and the opportunities it presents for the community.

James Earl Dubose Jr., band director for MacArthur High School, was thrilled with the new part of the Town Center property at 2800 Aldine Mail Route Road. Many of his students attend the extra-curricular

Diaz Musical Institute and got to perform on the amphitheater stage.

“This is something on a physical level, an emotional level, even a spiritual level for all of us in this community,” Dubose said. “This facility is just gorgeous and it’s right here in our own backyard. It’s amazing to see so many people out here. To see an investment like this in this community shows they absolutely deserve that. Everybody in this community is affected when there is a nice, safe place for all of us. It makes people stop and think, ‘Oh wait, great things are happening in East Aldine.’ ’’

The Diaz Musical Institute is a non-profit organization founded by long-time MacArthur teacher Jose Antonio Diaz, who is retiring as band director there since 1985. The institute is geared toward low-income students and its funding sources include the National Endowment for the Arts, the Texas Commission on the Arts, Houston’s Sound Factory and the District.

Relatives and friends of the students said they, too, enjoyed the concert and the new amphitheater and park.

Augustine Velasquez, a resident of East Aldine for about 35 years, was joined by his family as they shared a picnic under a shaded beach umbrella. His three children graduated from MacArthur High School, and Velasquez said they had come to see his grand-daughter perform.

“It’s beautiful, I’ve never been here,” Velaquez said. “I think it’s a beautiful park, it’s just awesome. It’s a great place for the kids to come and play their music. And they did a magnificent job. We will definitely be coming to more events like this.” 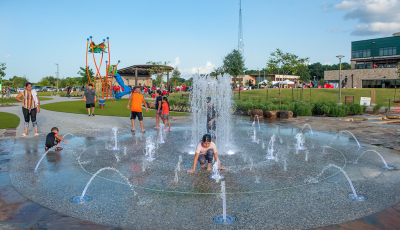 Recent MacArthur High graduate Liz Camon, who played the bassoon from 6th grade through high school, said participating in band helped in all her classes.

“Not only will this help kids stay in school and keep up their grades, but it stimulates them,” Camon said. “The idea of this amphitheater is wonderful, especially in this community which has some lower incomes. People don’t think it’s something we can do, but here it is. It’s right here in our neighborhood and people can come right out here and see what their kids are doing. I think it’s great.”

Jesse Espinoza, band director at Waltrip Senior High School in Houston ISD, brought his son and two other students to the concert. The students play in Waltrip’s jazz band.

“It’s really good to see all of these people here,” Espinoza said. “This is a great resource for this community.” 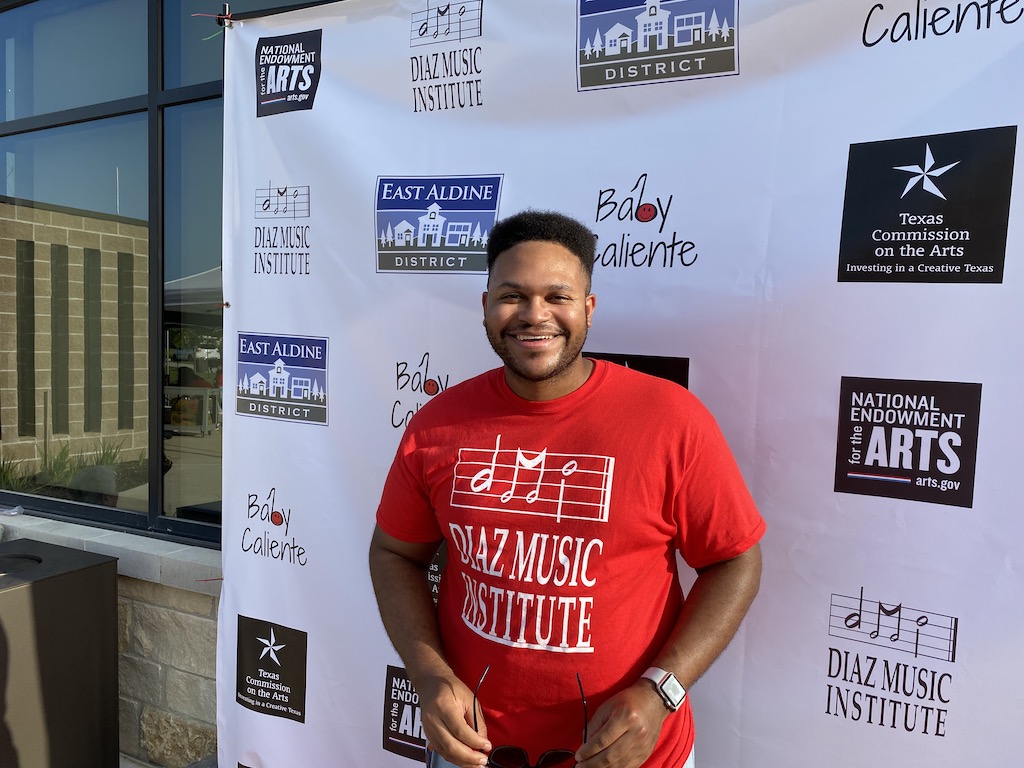