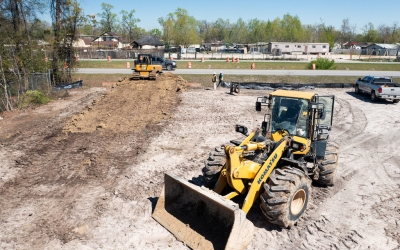 A January storm front triggered tornadoes from Spring Branch to Humble and brought an unusually high amount of rainfall for the season as area residents were kept awake overnight by severe weather alerts.

Harris County officials were reluctant to say for sure that a recent major flood control project along Halls Bayou had fulfilled its promise.The $7.9 million stormwater basin was completed in August 2021.

But long-time East Aldine resident Connie Esparza, whose home has flooded three times since 2001, said she has no doubt that the project spared the area from widespread flood damage.

“I know that it worked. There was no standing water,” Esparza said. “Nothing like that has ever happened when we’ve had so much water.”

The basin was designed to hold 65 million gallons of water in an effort to spare 300 East Aldine homes and businesses from flooding.

It is just one part of a series of complex solutions aimed at alleviating flooding throughout the Harris County Flood Control District.

The bayous “stayed within their banks,” said Jeremy Ratcliff, flood and project coordinator for the district.

“Flood control is just so complex, and we’ve still got so much work to do.The main thing is trying to get our waterways to carry storms out into the Gulf. And that’s going to take a long time,” he said.

Harris County Precinct 2 Commissioner Adrian Garcia was relieved to hear that East Aldine residents had been spared any serious flooding from the storm.

“Reducing chronic flooding has been one of my top priorities since taking office, and remain a top priority going forward. I’m glad the project along Halls Bayou was completed last year. Every project like this one makes a positive difference, especially in rain events like the one we just had,” Garcia said.

“This is why I have been pushing to get more projects done, particularly in areas that were not previously included in the flood bond program.

“It is reassuring to hear positive feedback from East Aldine residents because they have been repeatedly impacted by flooding,” Garcia said. “There’s much more work left to do, but this project represents the kind of progress residents need to see…”

It had been classified as a sub-watershed of Greens Bayou, but in 2021 the Flood Control District designated Halls Bayou as its own watershed, making it Harris County’s 23rd.

A bond issue approved by voters in 2018 includes more than $110 million for Halls Bayou watershed work, which has the potential to leverage more than $346 million altogether, depending on federal funding. 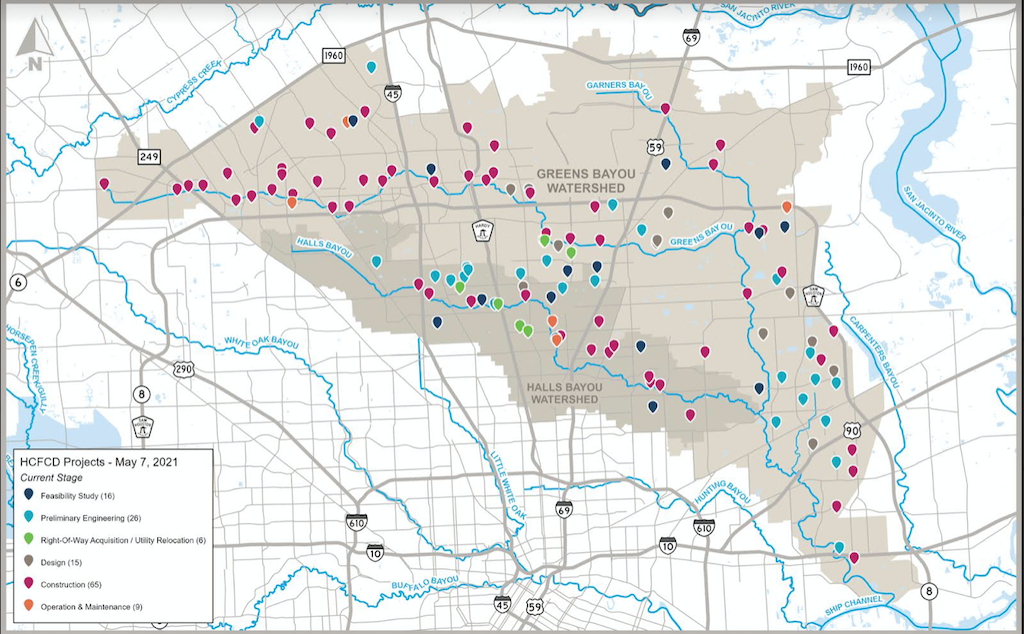