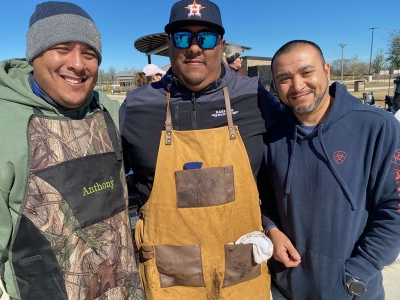 As woodsmoke and the scent of barbecue wafted across the parking lot of the East Aldine Town Center the other day, dozens of compassionate Harris County Sheriff’s Office employees were  joined by area residents to pay tribute to the late Sheriff’s Dep. Amanda Marie Crowder.

Upbeat music filled the air as the community rallied to provide financial and emotional support to Crowder’s two teen-aged daughters, Azlyn, 16, and Kamdyn, 13. Crowder, 33, took her own life last month; her death rocked a law enforcement community that would become even more grief-stricken a few days later. 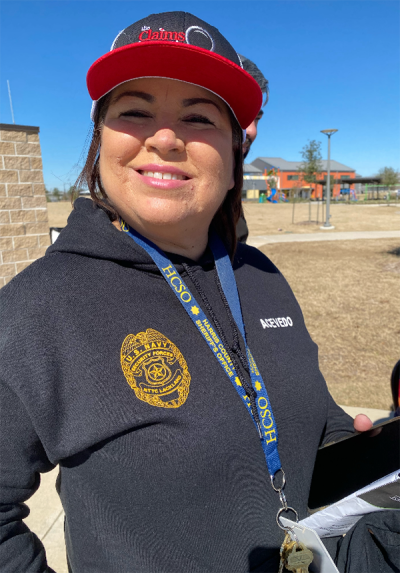 The benefit was organized by Sheriff’s Sgt. Terry Garza, who coordinated food donations from East Aldine businesses and Walmart. Several Walmart employees volunteered at the event. Garza oversees deputies’ patrol duties and other missions funded by the District.

Taking a break from his busy crew, Carrizales surveyed the line of people bidding on auction items and purchasing food.

“This is awesome. We love that the community is showing support for us, especially with all that has been going on for the past couple of weeks. All the killings, from New York to Virginia to here in Houston, so many officers have been killed. And it needs to stop,” Carrizales said.

“There are people in people in this community who still love the law enforcement community, and that makes me feel awesome inside,” he said.

Garza said she was thrilled by the turnout for the benefit. 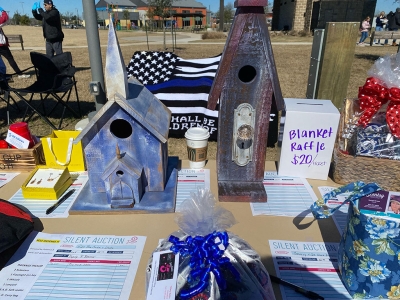 “I feel absolutely wonderful. Amanda was loved in the community. She loved Aldine, and that shows with all the people who have come out,” Garza said.

“To be honest, it warms my heart,” she added.

“Aldine’s always been very good to us. Their support really means a lot to us. It helps us feel really good about all that we do,” Baker said.