Skip to content
Home/Community, My East Aldine/Santa Maria Hostel lifts the lives of women and their children

Santa Maria Hostel lifts the lives of women and their children

As nations around the world battled the COVID-19 pandemic, a long-time organization in the East Aldine continued its work to overcome an accompanying “silent” epidemic.

Nestled next to Shady Lane park, the attractive center appears to be a well-tended apartment complex built around a landscaped playground.

It is that, and much more.

Nearly 6,000 women received services through a variety of programs offered by the hostel in 2020. Last year alone, 95 healthy babies were born to the women recovering from addiction to drugs or alcohol. And about 1,000 women with children received treatment and parenting coaching while living at Santa Maria’s Bonita House.

Many of the women are from the East Aldine neighborhood, said Nadine Scamp, chief executive officer of Santa Maria.

“We are one of the largest treatment providers for women in Texas, and we one of the only places in the state that will accept women with their children while they access treatment,” Scamp said. “It’s such a barrier, (because) women want to know that their children are safe. And then, we want to focus on that family unit while they are here.”

As nearly 1 million U.S. residents died from Covid-19 or its complications, thousands of others perished from drug or alcohol addiction that may have been made more serious by the upheaval of routines caused by the pandemic.

According to the Centers for Disease Control, 93,000 Americans died from drug overdoses in 2020, a 30 percent increase over the previous year. The CDC also reported that 13 percent of Americans reported starting or increasing substance use as a way of coping with stress, economic insecurity and isolation. 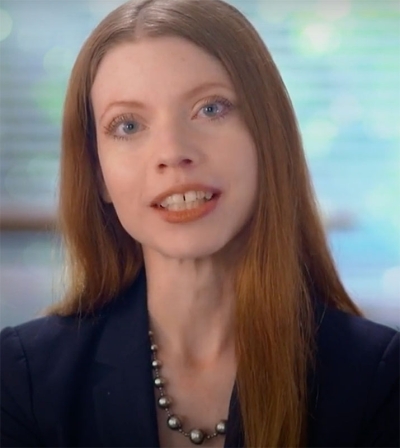 In addition, the pandemic isolated many recovering alcoholics and drug addicts, as meeting rooms for Alcoholics Anonymous and Narcotics Anonymous were forced to shut their doors. While Zoom meetings flourished, many participants in recovery programs still suffered from a sense of isolation.

“We have definitely seen people reaching out for help, and then, unfortunately had to balance that with the struggles of workforce capacity,” Scamp said.

At Bonita House, strict COVID protocols were put in place and some services were offered by “remote” services like Zoom. But mothers in need of treatment for substance abuse and their kids still received in-person treatment, housing and healthy food. Each residential unit has a kitchenette and the center provides some meals through Luby’s, Inc.

Bonita House also includes a program for women going through detoxification from alcohol or drugs. It is overseen by medical personnel from Baylor College of Medicine.

In addition to the two-bedroom apartments, the facility has a child care center and a well-stocked, brightly decorated library. Parenting coaches emphasize the importance of reading to young children, including babies.

And, there is a well-stocked “store” filled with donated clothing and shoes for women and children, where residents can “shop” for much-needed items as they recover from substance abuse and prepare to re-enter their communities.

Like most recovery treatment centers, Santa Maria’s program is based in large part on the 12-step programs of Alcoholics and Narcotics Anonymous. Also, the center focuses on mental health disorders stemming from trauma, as well as extensive programs aimed at interrupting the cycle of addiction.

“With any chronic condition, if you know you have a family history of heart disease, you can put those preventative practices in place early. Then you you’ve got a much better chance of not developing heart disease,” Scamp said. “It’s the same thing with learning nurturing parenting, which builds communication skills and resiliency in children.”

Although most of the children in the residential program are pre-school age, a few attend classes at nearby Coop Elementary School. Santa Maria Hostel works with the Aldine Independent School District to provide prevention programs aimed at steering young people away from alcohol and drugs.

The hostel in East Aldine began as “Bonita House of Hope” a halfway house in the 1950s.

“It was for young women who were aging out of foster care or had other difficult life circumstances. And, it gradually expanded into substance abuse treatment, since so many (of those young women) had issues with alcohol and drugs. Since that time, we have started to focus more on the families,” Scamp said.

In 2009, with a boost from the Greater Houston Homebuilders’ Association, the current residential complex was developed to provide housing for mothers in need of treatment.

The East Aldine facility is the hostel’s main campus, but there are three other Santa Maria facilities. The Jacquelyn House, in the Spring Branch area, provides residential treatment to single women. Santa Maria also operates at Women’s Recovery and Community Center at 807 Paschall St. in Houston, and an Alvin Outpatient Treatment program at 713 W. Adoue St. in Houston.