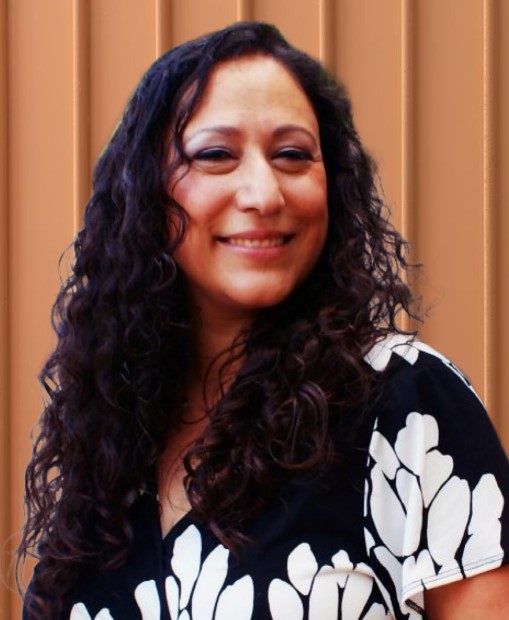 Alma DeAlejandro, the new community events and engagement specialist for the East Aldine Management District, already thinks she has “the coolest job ever.”

Less than six weeks into the position, DeAlejandro has jumped into organizing a major event for the families of East Aldine.

Father Family Fun Day is June 25 from 3 to 7 p.m. at the East Aldine Town Center amphitheater, with fishing to follow in Keith-Wiess Park.

The District board approved the creation of DeAlejandro’s job in response to the community’s intended, greater use of the Town Centers indoor and outdoor facilities.

With her extensive background in community action and service, including previous jobs at Lone Star College and BakerRipley, DeAlejandro is well prepared for her new position. (The social services agency and the college have branches at the Town Center).

But, she says, there is a secret ingredient in East Aldine.

“It’s magic,” DeAlejandro said.  “There is just something here that brings about a strong connection in this community.”

“They get things done. Whatever needs to happen, it happens,” she said. “Or they make it happen.”

With a warm and infectious smile, DeAlejandro radiates enthusiasm for her new co-workers and the community of East Aldine.

“Every time I meet someone in the community, they always know another person who knows a person who can provide a service. And there’s this willingness to help.”

She says the networking is also true of the public service and educational organizations in the community — even though there can be friction among them in other parts of the Houston area as they compete for public or private funds.

That cooperation in East Aldine is among the reasons she recently came back after a brief return to her hometown of Corpus Christi.

Her career in community service also has taught her to get people engaged, and invested in, a new project or idea.

“With the team at East Aldine, I have never seen such collaboration efforts in my life. It’s great being able to work with other people who have so much passion,” she said. “They realize that we are here for the same reason: to help the community.”

While at BakerRipley, DeAlejandro frequently used a conference room in the East Aldine District’s former offices. She was a key participant in laying the groundwork for the new building.

She recently pitched in at the District’s second annual Mural Fest helping district staff distribute materials outside the High MeadowsBranch Library, greeting community members and taking a welcome break from the heat inside the library.

From forming ESL classes and visiting and holding events for senior residents at Pilgrim Place apartments to mentoring youth through programs, and organizing diverse summits and conferences, her zeal is evident.

In addition to her previous employment at BakerRipley and Lone Star College, DeAlejandro worked for the city of Houston, Lutheran Social Services, and the state of Texas.

When she’s not hard at work, Alma relaxes by stitching her latest quilt and devoting time to her family and friends.