Slow down to see amusing signs at Town Center 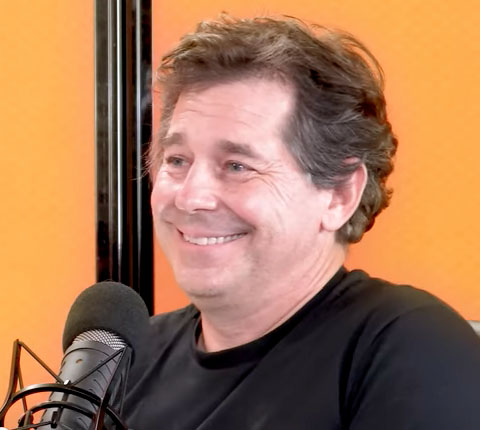 Whimsical versions of traffic signs cause many East Aldine Town Center visitors to slow down to read slogans such as “One Love” and “Para Que Haya Paz” (If There Is To Be Peace).”

One warning you’ll never see on the signs, though, is “Stop there.” Because the nationally known artist who created the unusual display, Scott Froschauer, doesn’t confine himself to making a single form of art.

Froschauer, based in Los Angeles, is an art school dropout who has worked in the film industry. As a lighting consultant, he got a screen credit for his work on The Lost World: Jurassic Park (2). He also worked on a famous and hilarious YouTube video featuring actor Christopher Walken’s best dance moves. Now he enjoys working on documentary films.

But after attending the annual counterculture festival in the Nevada desert in 2015 called Burning Man, he returned to working on handmade visual art.

“I dropped out of art school because I didn’t think I was a ‘good’ artist. But, I  decided to give it another try,” he said. “What I got out of Burning Man was permission allowing me to express myself.”

Banking on his college degree in linguistics, he created the amusing Word On The Street series of signs with messages that are anything but conventional.

At first Froschauer placed the signs in public areas — without permission. 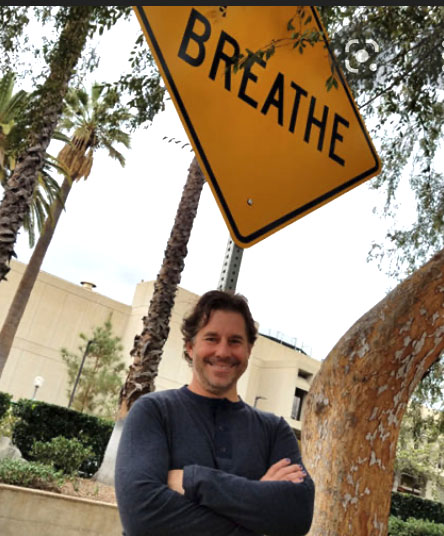 But he soon earned a contract with the city of Glendale, Calif., for 20 of the signs with the positive messages.

Members of the  East Aldine Arts Council (funded by the East Aldine Management District) saw the artist’s works at a 2019 Neighborhoods USA conference and set out to acquire some of them as part of the council’s mission to enhance East Aldine with public art.

The five signs were installed at the East Aldine Town Center at 2800 Aldine Mail Route Road in June. Plans call for more signs to be posted in the community.

“We were compelled by the fact that the artist takes otherwise mundane Department of Transportation type street signs, that typically are negative or prohibitive in nature, and instead flips the script and makes the messaging something positive and uplifting,” said Arts Council Chairman Carlos Silva. “The unassuming style of this art is a perfect fit for our blue collar, hardworking community.”

Other such signs at the Town Center say, “Educate Children,” “Wonder” and “You Are Amazing.”

They have made news, too. The Houston Chronicle and KPRC2 have done stories about the exhibit.

Come see for yourself!