Keeping Aldine Beautiful One Paver at a Time

Home/Economic Development, My East Aldine, Projects/Keeping Aldine Beautiful One Paver at a Time

Keeping Aldine Beautiful One Paver at a Time 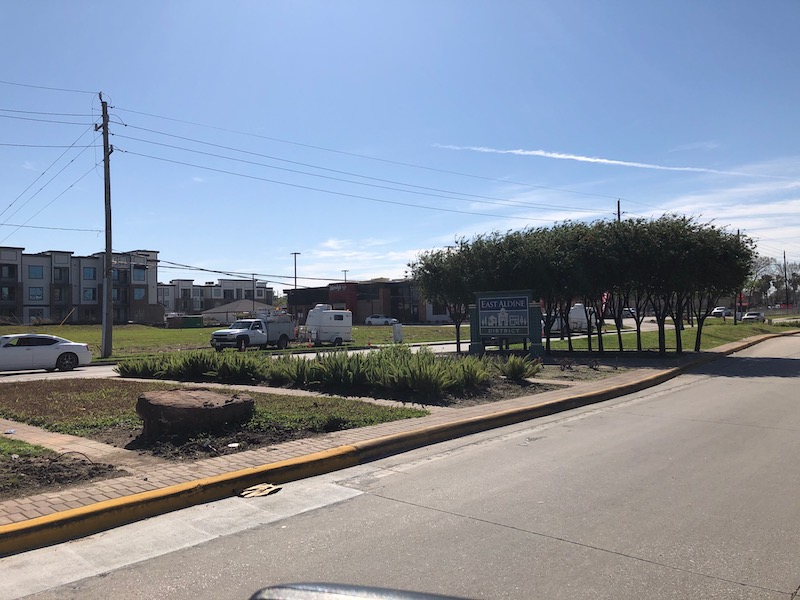 After 19 years, the goal of the East Aldine District remains “to keep the area clean, safe, attractive, and to promote a thriving business environment, and an economically vibrant community,” says Richard Cantu, Deputy Executive Director. While oftentimes this mission materializes in high-profile projects such as the Town Center development, much diligence is required in the details of everyday upkeep of the district.

One of these essential ventures is the beautification of the esplanades that every person entering the district lays eyes on. Three intersections are currently in the final stages of renovation: Aldine Westfield at Beltway 8, JFK at Aldine Bender, and Little York at I-69. These projects involved $250,000 worth of construction, under the guidance of Millis Equipment LLC and Cobb Fendley & Associates.

“Each of the locations have varying degrees of needed repairs,” says Cantu. “For the most part, the deterioration is from normal wear and tear,” which includes the impact of large trucks hitting the curbs. “We have heavy 18-wheeler traffic in the area, with large turning radiuses,” he explains. “We wanted to be smart with our money, so the angles and positioning were designed keeping the trucks in mind.”

These fundamental projects are not a new concept in East Aldine. Millions of dollars have been spent in the past on maintaining entryways to the district, major thoroughfares, intersections, curbs, and esplanades. “When people see a crew out there repairing esplanades, they might assume it’s the county or state doing it,” says Cantu. But because East Aldine is outside of Houston city limits, these tasks are the responsibility of the district.

“We want the community to know that we care. We want to be an example by not allowing things to fall into disrepair,” says Cantu.

Rather than simply pouring gray concrete into the esplanades, the district has chosen earth-toned pavers for a decorative touch. It doesn’t stop with the pavement; shrubberies, trees, and flowers are planted to dress-up the once barren esplanades.

“We want to continue looking sharp,” says Cantu. “We believe the improvements we’ve implemented over the years have been one of the reasons this area has done well economically.” District funding depends on a “1-penny sales tax” on transactions within its boundaries, so thriving businesses equal more opportunities for growth, beautification and public safety.

Infrastructure projects have been an essential component of district work in the past two decades. For a community that until recently consisted largely of farmland, water sanitation and sewer projects were some of the very first initiatives taken by the district, costing roughly $50 million dollars thus far. Grants that the district has applied for, such as the Community Development Block Grant have supported and made these efforts possible. Today, about 40% of the district still relies on water wells and septic systems. “We’ll keep working on these projects until every last resident in the area has sanitary sewer and drinking water,” says Cantu.

The East Aldine District operates with its ear to the ground, staying aware of current needs within the area, building on the assets of the community, and anticipating the next opportunity to make the district an even better place to live, work and play. “We want to do our part in improving the infrastructure to promote a successful business and residential environment for our community,” says Cantu. And sometimes, that simply means repairing a curb. 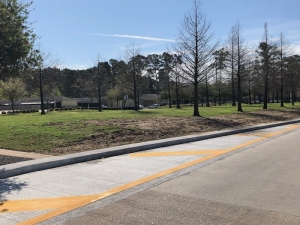